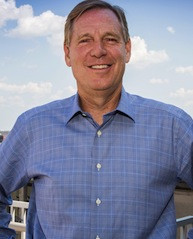 The National Park Foundation, the official charity of America’s national parks and nonprofit partner to the National Park Service, continued to cap out at $25 million in donations for the last few years. So, this begs the obvious question, how did this organization turn $25 million to $350 million in one year?

The foundation decided to focus on three things: Protecting their national parks, connecting the next generation and inspiring future stewards of national parks. Sounds simple enough, but having the shared set of purposes throughout the organization made a difference to their donors.

“This was kind of a big leap for us as an organization, but we felt the difference is that we had, for the first time in the organization's history, aligned our purposes with each other. The strategy is focus. Don't try to be all things, all people. Don't try to do 25 things. Do half a dozen things really well. That would be the biggest strategy and lesson learned.” — Will Shafroth, president of the National Park Foundation

Shafroth encourages focusing on a small number of projects. Through this, the organization was able to bring in more donations by focusing on the kinds of projects and programs the donor market wanted and demonstrating urgency and impact.

“Just last year, we worked with our partners and raised $23 million in a six-month project. That is kind of remarkable. We used to spend the whole year raising money for the whole organization for the same amount of money, so to do that in one project in six months is kind of an indication of the change we've gone through.”

Looking back, Shafoth said if there were one thing that he and his organization could have done differently, it would be have their donor stewardship program become more involved. Due to the fact that the campaign was much more successful than they anticipated, there was no system in place to manage and steward the donors that they had.

We asked Shafroth for his advice for organizations that are embarking on a large campaign such as the Centennial Campaign:

“Clarity of purpose is first and foremost. Decide what you're going to do. Really stick to that. Don't get too distracted by the shiny object or the specific donor’s wish—even when they say, ‘I'm going to give you $1 million dollars if you do this.’ If it's not something you'd do, don't do it. Don't take the money. That requires some discipline. It's hard to do when people are offering you significant amounts of money. It may be important work, but it may not be work that you're deciding that you're going to do.”

He also recommends that organizations focus on tangibility. This will make sure the work being done is tangible and measurably impactful—that measurability and holding yourself accountable for those impacts is a critically important piece for an organization’s success.