Career Advancement: Stay With One Org, or Move Around?

During a global pandemic, just keeping a job can be tricky. But at some point, everyone will be in the driver’s seat again regarding their own career path. And the question often is, “Do I stay, or do I go?” Carrie Stovall and John Vranas took two very different courses on their way to becoming highly respected nonprofit professionals.

Stovall took a job in 1999 as an intern with Susan G. Komen. Little did she know, 21 years later, she would still have an @komen.org email address as VP of peer-to-peer fundraising.

Alternatively, Vranas honed his skills at a variety of organizations — Muscular Dystrophy Association, March of Dimes, Cystic Fibrosis Foundation, St. Jude’s, JDRF, Make-A-Wish, and most recently, the Humane Society of the United States.

How should you manage your career? Is one path better than the other? It’s a hard question. And it turns out that the answers are determined sometimes by your preferences and sometimes by the situation in which you find yourself.

Stovall has moved through Susan G. Komen in this fashion: 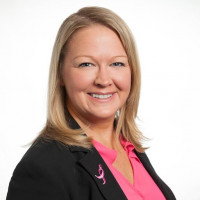 What’s not listed in the titles are Stovall’s experiences, not the least of which involved the Planned Parenthood public relations issues in 2012. Stovall counts surviving and thriving during that episode among the accomplishments of which she is most proud:

“It was hard. But working through that situation from my chair gave me experience in crisis communications and change management that you just can’t go to school to get. That crisis made me stronger in facing adversity and continuing to stand up for the mission knowing that women, men and families needed me to continue pressing forward or lives would be affected.”

Most recently, Stovall also helped Komen’s Affiliate Network begin the change from the very transactional Race For The Cure to the more relationship-based MORE THAN PINK Walk event model. She said:

“This move was badly needed to improve how we impacted our mission. It was not a brand change. It was a culture change. While Race For The Cure served us well, it was clear that the transactional nature of the event needed to change. We needed to create a different kind of relationship with our constituents.”

Then, the curveball: COVID-19. During the MORE THAN PINK shift, the global pandemic necessitated movement to a single corporation. Stovall helped steady the ship while being in leadership for the transition. She credits her skill as a project manager and utility player with helping the organization make the turn. She said:

“Having a broad knowledge of how things work, who people are and where mistakes are likely to be made is extremely helpful in moving forward during a fraught time. I was able to connect dots and people, saving a lot of skinned knees. That is what being a long-timer can do.”

Through it all, Stovall credits her success to organizational knowledge and deep interpersonal connections to those volunteers and staff supporting Komen. Without that base from which to work, she said, “It might have been impossible to get done what I was able to get done. I’m deeply grateful to those leaders who encouraged me to accumulate the knowledge base that I have.” Stovall also said that a consistent dedication to mission contributed to her success: “You can’t make a bad decision if you are always thinking, ‘mission first.’”

While sticking with a single organization, Stovall demonstrates how to get experience in multiple revenue channels. She works or has worked in grants, peer-to-peer, sponsorship and cause marketing. Even within peer-to-peer, her experience is diverse, having developed and grown Race For The Cure, MORE THAN PINK and 3-Day. She said, “These properties are quite different, but there are a lot of transferables — vendor management, marketing planning, etc.” 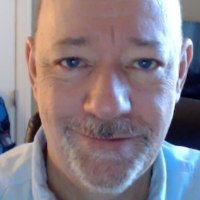 Alternatively, Vranas built his expertise working for a host of organizations. That was not his original intent, however. “I was looking to make an impact in the lives of others. Circumstances guided my decisions — some I made, some were made for me,” he said with a grin.

From his first job at the Muscular Dystrophy Association, managing the local Jerry Lewis Telethon (acquired after volunteering with MDA), Vranas focused on fundraising.

He recounts, “My first fundraising program was organizing a local haunted house for Halloween. My recruitment of new volunteers, planning, securing donations and leading the team was, at that point, one of the most rewarding endeavors I had taken on. Sixty days of planning and then two solid weeks of 20-hour days led to success. But the win was not just financial. It was also watching those I recruited find their success and joy in the event. I knew then that this was in my blood.”

Vranas spent over 20 years with the largest health charity in the nation: ALSAC/St. Jude Children’s Research Hospital. When a new CEO brought in a new team, Vranas moved on to new opportunities.

He describes the experience as an educational master class, “I got to work with incredibly successful people — leadership, peers and team members.” In retrospect, he said, “Although I felt a little lost, it was the best thing to happen to me, upon reflection. I have had the privilege to work with fantastic people across the globe, all equally dedicated to the missions they have served. I believe the diversity of experience has improved my ability to evaluate and see new ways to solve problems.”

But what’s it like leaving something that you built? Vranas said:

“I never like to leave things unfinished. And the most challenging part of departing an organization is leaving the working relationships behind. But if I build the right team, they also need a chance to grow, make their mark and take the organization to the next level of success.”

While Stovall sharpened her skills within the Komen organization to serve at the national level, Vranas developed that skill at March of Dimes:

“I learned to scale there. Individual events and programs can be successful based on the strategy, plans and team you put together. There I had to have good strategic and tactical plans that could easily be trained and executed, with clear operational metrics and goals. I learned how to take one event and duplicate it across the enterprise to 100 locations. I also had to accept that some would fail, and I needed to account for that in my plans.”

Job changes can yield unexpected outcomes, too. Vranas had accepted his post with ALSAC/St. Jude and was preparing to leave Cystic Fibrosis.

He remembered, “I thought I would be just wrapping up and handing over the walk to a new person. Then I was asked to make sure there was a new logo for the program before I left. I was leaving in a little over a week. I went to the local CVS and picked up colored pencils and a letter-making template. I traced the words ‘Great Strides’ across the top of the page, each letter at an angle, so they appeared to be walking. I lined up the pencils on my desk in various complementing colors and proceeded to color each letter. I turned it over to the EVP on my last day, thinking that I left them a new logo, but hopefully, they would seek out a professional graphic designer to give them something much better. A year later, I walked by a store and saw the recruiting poster for the CFF Great Strides walk. There was my logo blazing across the top.”

Vrana’s work at Make-A-Wish America and International similarly expanded his skillset and thinking. And at his last post, The Humane Society of the United States, his promise to his CEO and board was to remove silos, rebuild the fundraising plan for sustainability, and most importantly, have three direct reports in place with continuity. Upon his departure in September, all the boxes had been checked. Fundraising was 14% ahead of 2019 and 7% ahead of the organization’s 2020 budget.

Stovall and Vranas have taken very different career paths. Both, however, used new experiences in new roles to round out their skill sets and perform at high levels. Choosing which path you might take will depend on personal preferences and tolerance for change. And if you’re lucky, you won’t have to throw a global pandemic into the mix.

The Importance of Reunions for Education Fundraising