Manchester Attack: Blood Donation Center 'Has Enough for Arena Victims' After Being Inundated With Volunteers 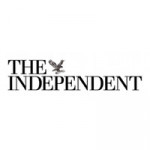 Hospitals in Manchester have enough blood supplies to treat patients including the victims of Monday night’s arena attack, the NHS has said.

Worried locals were urged to make an appointment to give blood at a later date after the city’s blood donation centres were inundated with volunteers.

Images shared on Twitter by a number of users appeared to show a long queue outside a blood donor center in Manchester as people rushed to help at around 9 a.m.

At least 22 people, including minors, were killed and 59 injured when a lone male suicide bomber detonated an improvised explosive device as fans left a concert at Manchester Arena.

Witnesses reported hearing a “huge bomb-like bang” at around 10.30 p.m., shortly after a show by U.S. singer Ariana Grande finished, and described glass and metal nuts on the floor.

How to Write a Superb Case Statement

The Importance of DEI in Your Marketing and Communications Strategy