We all officially are entrenched in fundraising for the new year. Last year is slowly fading into our memories as we make room for the upcoming big fundraising campaigns and trends.

As we move onward and upward, it’s important to reflect on our recent efforts and see what we can learn from such activities.

What better place to start that reflection than year-end giving season? It is, after all, the most wonderful time of the year (or so I hear).

We should probably first consider why year-end giving season is such a big time of year for nonprofits and other fundraising organizations.

There are two main reasons:

For nonprofits, those two explanations mean the end of the year is peak fundraising season.

There are countless avenues your organization can take to maximize donations, such as optimizing your Twitter efforts, for example.

It’s easy to understand the popularity of year-end giving, but it’s important to remember that many of the tactics that fundraisers use to make end-of-year fundraising so effective can easily be translated to other times of the year.

That’s what this article aims to help you do.

And, more specifically, given my particular background, we’re going to investigate the many prospect research lessons that you can learn from year-end giving season. 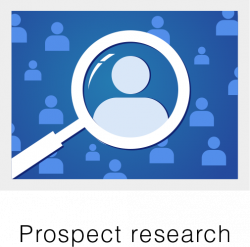 Let these eight prospect research lessons help you fall into fundraising this year.

Specifically, this article is going to cover:

Lesson No. 1: Perform a screening prior to ramping up your fundraising efforts.

It is going to be more difficult to work prospect research into your calendar once you are in the swing of things. Before year-end giving reaches its peak, organizations should perform a screening.

The same can and should be said of any big fundraising push, during any part of the year.

Prospect research teaches you all the relevant information you should know about your prospects so you can better tailor your asks.

Your investigation can unveil data such as:

And that’s only a sample of the types of data this research offers you for your proposals!

For instance, let’s say you decide to pursue a capital campaign this year.

Capital campaigns are perfectly suited to an early implementation of prospect research (consult this guide for more information). Specifically, you should look to find major-giving candidates for your campaign’s quiet phase. 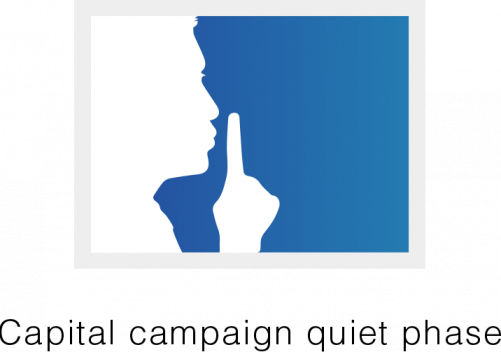 In terms of major giving, prospect research can be extremely useful when it comes to seeking out the best, most qualified giving candidates.

That’s because a prospect screening reveals:

As we previously have said, “When you’re looking for major-gift prospects, taking affinity and capacity into account is a must.”

With an in-depth knowledge of those two factors, your major gift officers should be able to gauge whom best to contact during your campaign’s quiet phase.

And that’s just one of the many scenarios you could encounter in the coming year. Take a cue from year-end giving planning and screen early!

The bottom line: Make sure your team is fully equipped to make the right asks to the right prospects at the right time by screening your prospects sooner rather than later.

Bill Tedesco is a well-known entrepreneur in the field of philanthropy with more than 15 years of experience leading companies serving the fundraising profession.

Bill has personally conducted original research to identify markers of philanthropy and has developed modeling and analytical products that use those markers to accurately predict future giving.

Since 2007, Bill has been the founder, CEO and managing partner of DonorSearch.

Save Yourself! Don’t Use ‘Donor’ as a Segment