The Truth About Your Nonprofit’s Swag

Your swag may be hurting your mission.

When asked about people wearing a nonprofit’s swag, most fundraising professionals will respond, “The more the better!” But when it comes to the buttons, ribbons, wristbands, t-shirts—all the stuff that people wear with a nonprofit’s brand—more is not always better. Sometimes, more can be, well, less. Here’s why.

In recent years, the dramatic increase in nonprofits’ presence on social media has made it easy for individuals to engage in small acts of support for their causes, without the intention to commit any tangible resources. Nonprofits routinely encourage people to sign petitions, wear bracelets and pins, or “like” or join their pages on Facebook. These behaviors are examples of token support. They enable people to publicly show affiliation with a nonprofit’s cause without any associated costs or effort.

Many nonprofit organizations consider these trivial acts to be a successful tool for fundraising. A survey of 53 advocacy groups in the U.S. found the prevalent belief that outreach efforts are strengthened by social media campaigns that encourage token support, and that they result in the acquisition of new supporters. Most fundraising professionals have regarded token endorsements to be a precursor to tangible support in the future.

Consider, however, the widespread distribution of “pink” paraphernalia to draw attention to the efforts to cure breast cancer. Some fear that “pink-washing” detracts from the focus on cancer research and patient support programs. There is an increasing suspicion that the display of pink items merely provides a conspicuous way for both individuals and corporations to present themselves in a positive light. 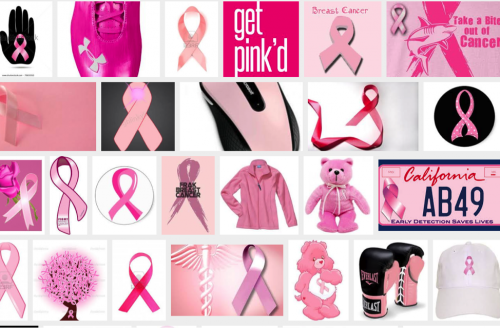 So, what’s the problem? What’s the worst thing that could happen from people wearing pink swag? How about this: It may make some people less likely to support Komen in a meaningful way, like donating money.

Research published in the Journal of Consumer Research has shown that when an initial act of token support is made in a way that is socially observable—obvious to others—individuals are actually less likely to respond positively to a more meaningful follow up request for support than when the initial act is done in a less socially observable manner.

The reason people are less likely to make tangible donations of time and money after they put on a pink Komen wristband at the office Christmas party is because of what psychologists call moral licensing. Moral licensing refers to how prosocial behavior (wearing the pink wristband) results in people perceiving they then have the “license” to decline to engage in later, more significant actions.

We are all motivated to present ourselves in a positive light to others. Acts of token support are sufficient to satisfy these “impression management motives,” and the result is that later, meaningful support becomes less likely. It’s as if initial public token support inoculates people against later attempts to solicit funds from them.

The solution might seem counterintuitive. When encouraging initial acts of token support, make them less socially observable—more private. For example, ask prospects to fill out a survey or give them some personal item branded with your logo, a comb or ink pen, perhaps.

Although our instinct is to have everyone share everything on Facebook—don’t. Save that for your constituents who have provided you with meaningful support. For the newbies, find other ways to engage with them that is less public. In other words, when Komen sees less pink, they will see more green.