Don’t Write Off ‘In Memoriam’ Donors as One-Time Donors 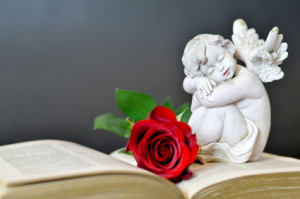 When I was the age millennials are now, my husband and I were busy juggling careers, toddlers and expenses.

Philanthropy was the last thing on my mind.

But in the weeks immediately following my youngest daughter’s birth, tragedy struck. One of my best friends lost her 8-year-old son to a rare form of pediatric cancer.

What can prepare you for the loss of a child? And for friends and family members, the pain is deep. What do you say? What can you do? Is there any way you can help to ease the despair? Adding to my own feelings of despondency was the fact that I could not fly in for the funeral due to my difficult birth and recovery.

But there was one way to help: I became a donor when my friend became involved with a charity dedicated to fighting this particular form of childhood cancer. I gave every year. When I later became employed at a grant-making foundation, one of our many benefits was the opportunity to make one or two large charitable gifts every year.

I worked at the foundation for seven years, and I made my gift in Michael’s memory every year.

And every year I received a perfunctory “thank you” letter. My friend, on the other hand, was profuse in her gratitude. She never let me forget what I was doing in her son’s memory. She participated tirelessly in a number of events benefiting the organization.

After I left the foundation, I continued to give in Michael’s name. There were times I never received so much as an acknowledgement from the charity.

When my friend confided in me that she was no longer supporting the charity after years of shabby treatment as both a volunteer and donor, I ended nearly 20 years of support.

How does your organization handle “in memoriam” gifts? Do you automatically dismiss them as one-time donations, or do you cultivate and plant seeds? My good friend Rob made an “in memoriam” gift a few years back. What transpired next shouldn’t have surprised me, but I’ll let him tell it:

“About five years ago, a close friend’s mother passed away from cancer (the same cancer my mom was fighting at the time). My friend said she preferred donations to cancer research over flowers, so I gave a substantial gift to a charity she supported.

I received an email confirmation of the gift. My friend received an email or a card confirming the same, and that was about it. Seriously, that was really it—other than, perhaps, three newsletters. Since then, this organization never contacted me to give again. I guess this would not have made an impact on most people’s minds, but being a marketer, it struck me as a terrible faux pas. Why not contact me on her anniversary, send letters to stay in touch and nurture a relationship with me or at least put me on a list for an annual campaign drive?

Remember, my mom had (and has since passed away from) the same cancer, so I would have been very open to additional giving. It upsets me because I can see how badly they bungled this process and how it ultimately prevents or at least slows down their research for the cure.”

There is definitely the tendency in our sector to write off “in-memoriam” donors as one-time donors, yet I think we must understand the emotional connection and make an effort to grow that relationship—with tact and in the gentlest, most-loving way possible. When a dear friend's 17-year-old son committed suicide a few years ago, I made a gift in his memory to a cat rescue. I would have appreciated the opportunity to make a recurring gift, but I never got the opportunity. When my beloved cousin died quite young of cancer, I made a gift in his memory to the university where he taught—and I would have loved the opportunity to give more. It never came.

Do you have a plan in place? Spend some time on these resources and create yours. As Tom Belford of The Agitator would say, "Don’t treat them like they’re dead!"