Making Waves: Marketer of the Year

Welcome to NonProfit PRO's 2016 Nonprofit Professionals of the Year Awards. This entry is for Marketer of the Year. To view all of this year's award winners, click here. 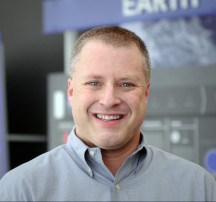 Adler Planetarium had a problem. The Chicago  museum was competing with the city’s many high-profile attractions and arts institutions—and losing. Its advertising model was stale. Brand awareness was poor. Sales had been flat for more than 20 years.

When Adler Planetarium hired him in 2014,  the former advertising executive was new to the  museum space. But he wasn’t new to marketing. And he quickly identified the organization’s problem: too much volume, not enough impact. “Wallpaper,” he called its marketing.

“He saw the need to increase equity in the Adler Planetarium brand as a whole, versus exclusively  advertising a new show, new exhibition or event here and there,” said Erin Wilson, director of marketing for the planetarium. “He made a very compelling case  to our CEO that commercial practices can apply  to nonprofit cultural content, and then went about making it happen.”

The plan was simple, at least in concept. Lapides would make Adler Planetarium cool. He overhauled the planetarium’s marketing, adopting an edgier voice. He implemented a campaign that would deliver  eye-opening space facts translated for broader  appeal—stuff like “there are diamonds in space  bigger than Earth” and “there’s a planet that rains glass.” The campaign, titled “Space is Freaking  Awesome,” at first made trustees uncomfortable. He knew he was on the right track.

“In 2015, Adler Planetarium had record attendance, welcoming more than a half a million visitors—the most since 1993,” said Wilson. “Attendance was up 22 percent versus 2014, which was 14 percentage points higher than our Chicago museum counterparts. And revenue year over year was up 23 percent—all inconceivable given the trajectory of the last two  decades.”