Welcome to NonProfit PRO's 2016 Nonprofit Professionals of the Year Awards. This entry is for Lifetime Achievement. To view all of this year's award winners, click here. 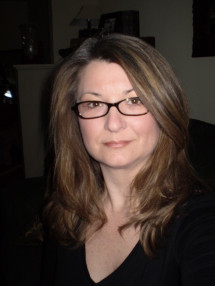 How do you distill a lifetime of unparalleled accomplishments into 350 words? It’s not easy—and it’s even harder when you’re working with a resume like that of Jo Ann Remender.

Let’s start with the numbers.

As director of planned giving for The Salvation Army Indiana Division since 2005, Remender has  increased expectancies by 1,700 percent. Planned  giving output has averaged $9 million over the last three years. Since Remender assumed the role, output has grown to more than $54 million total—including the highest one-year total in program history.

Despite the Indiana Division’s relatively small  donor base, Remender and her team have developed an average of $590,000 in annual and major gifts since 2013. As part of the charity’s estate and charitable gift planning webcast team, she has grown the event from 19 attendees and one host site in 2007 to 427 attendees and 11 host sites nationwide in 2015.

She has also created more than seven different  programs under the planned giving department. But more impressive than the numbers is the singular  focus on service Remender has maintained over her 28-year career. Take it from the people who have seen her tireless devotion at work.

“Jo Ann embodies the fundraiser’s mantra of time, talent and treasure,” said F. Duke Haddad, executive director of development for The Salvation Army Indiana Division. “She is known for creating unique engagement opportunities for donors so that they can give time while learning about the people their generosity serves. She also taps into the talents of key donors and professionals, giving them a feeling of  being impactful. She remembers to keep the appropriate individual as the center of attention, listening  attentively and responding appropriately to make sure their needs are met.”

“She is one of the most energetic, dedicated and detail-oriented people I have ever had the privilege to be associated with on a project,” added  collaborator J. Stewart Goodwin, executive director  of Indiana War Memorial Commission. “Her enthusiasm is contagious and she exemplifies the concept of service before self.”