At Turnkey, we place a premium on analyzing every campaign to provide our clients with the best estimate possible of their ROI. While reviewing the reports, occasionally someone asks why we report average fundraising of all peer-to-peer participants rather than reporting only the average of peer-to-peer fundraisers. (We define a participant as anyone that attends an event hosted by a nonprofit, and a fundraiser as any participant that raises more than $0.)

I put this question to Ryan Grosenick, Turnkey’s aspiring astrophysicist turned program analyst. Here is what Ryan told me: 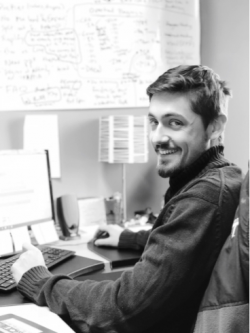 For an example of analyzing and reporting participant and fundraiser averages, let’s first look at the calculations including all participants. Say that there are 10,000 participants registered for an event, and the event collectively raised $1 million. We can calculate that the average fundraising per participant is $100. We can then extrapolate that if 2,000 more participants had shown up, they would have raised $200,000 more (2,000 X $100).

Now, let’s look at the same calculations with only fundraisers taken into consideration. If only 1,000 participants fundraised from the original 10,000 participants, we only had 1,000 fundraisers. The total raised for the event was $1,000,000, so each fundraiser would be calculated as raising $1,000 each. That’s a big difference from taking the entire participant population into account ($100 versus $1,000 fundraising average per participant).

Generally speaking, generality leads to better predictability (which is why physical laws apply to everything). That, and I don’t usually want to overload anybody with more than one average, because that would confuse people very quickly (i.e. which average are we talking about again? Why are there two averages?).  Also, technically speaking, the information is already there. Granted, you have to do a bit of work to get to it, but it is worth it because you get real information you can use.

The other reason some organizations report “fundraiser average” is because the number is simply higher than the “participant average.” It just looks better, but is somewhat misleading. Part of our job is to activate participants to fundraise. If we don’t report fundraising average (and the median) of all participants, we are a bit coy.

3 Strategies to Crisis-Proof Your Nonprofit

How to Improve Fundraising Results With Omnichannel Campaigns