4% Increase in Revenue: The Easy Way

We were listening to a presentation at the NonProfit PRO Peer-to-Peer Conference in Washington D.C. last week when the topic of “suggested fundraising” amounts came up. There is a lot of thought given to registration fees (don’t do it!) and minimum fundraising requirements. Data shows that they depress fundraising, and so “suggested” amounts are a way to try to thread the needle to get maximum revenues.

Pay close attention to the way you present fundraising amounts to your constituents. If you aren’t careful, you can leave a lot of money on the table. The reason is a psychological heuristic—a shortcut—that is known as the anchoring effect. Anchoring is the tendency to accept and rely on the first piece of information received before making a decision. That first piece of information is the anchor and sets the tone for everything that follows. 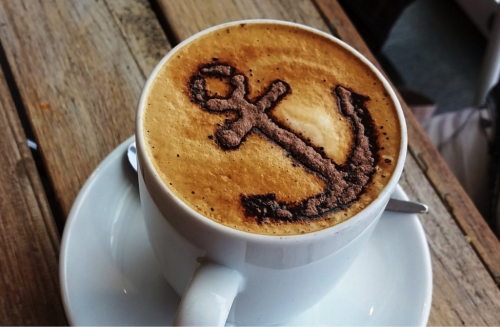 What does this mean for your nonprofit? The decision that nonprofits want to influence is how much money people fundraise (or donate). Whatever number you show to people will have a significant impact on their eventual fundraising (or donation). The extent to which humans are influenced by the presence of numbers—any numbers—is almost beyond belief.

In his book, “Predictably Irrational,” Duke University behavioral economist Dan Ariely describes an experiment conducted at Massachusetts Institute of Technology. Subjects were asked to bid on items in an auction. The researchers would hold up a bottle of wine, a textbook or a cordless trackball and then describe in detail how awesome it was. Then each student had to write down the last two digits of their own social security number as if it was the price of the item. If the last two digits were 11, the bottle of wine was priced at $11. If the two numbers were 88, the cordless trackball was $88.

After they wrote down the pretend price, they bid. The anchoring effect profoundly influenced the way they judged the value of the items. People with high social security numbers paid up to 346 percent more than those with low numbers. People with numbers from 80 to 99 paid on average $26 for the trackball, while those with 00 to 19 paid around $9.

Ariely explains, “Social security numbers were the anchor in this experiment only because we requested them. We could have just as well asked for the current temperature or the manufacturer’s suggested retail price. Any question, in fact, would have created the anchor. Does that seem rational? Of course not.”

Like most psychological phenomenon, anchoring can be used to influence people to do good. One example is the “door-in-the-face technique.” In a 1975 study, researchers asked a group of students to volunteer as camp counselors two hours per week for two years. Not surprisingly, all said no. The researchers followed up by asking if they would volunteer to supervise a single two-hour trip. Half said yes. Without first asking for the two-year commitment, only 17 percent agreed.

There are many tactics nonprofits can employ that leverage the anchoring effect. For example, you can influence people to pick a higher price (think: donation) depending on how their choices are sorted. Psychologists tested that claim in a bar. Researchers presented the beer menu to customers based on price in two ways: from low to high and from high to low.

Thanks to doing nothing more than presenting the choices in a certain order, the bar makes an average of $0.24 more every time someone orders a beer. Why does this happen? People read the prices of the beers from top to bottom. In the high-to-low list, they see the higher priced beers first. The initial prices serve as anchors that influence their eventual choice.

Research shows that this finding generalizes to other contexts. Do you have a page where people can donate on your website? Does it look like this?

Those are the basics behind the anchoring effect. Structuring what people see before fundraising or donating will make a significant difference in how much people eventually decide to fundraise or contribute. Numbers act like “psychological magnets.” They have pull, but people are completely unaware of how they are being influenced.