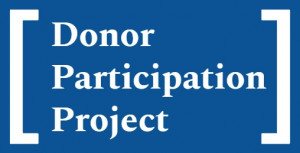 I remember the first time I got feedback as a young grant writer. “It doesn’t sing,” my boss had said, shaking her head and handing me the marked-up draft. Taking it, I went back and honed the proposal until it did. Fundraising expertise is acquired through repetition and feedback.

During the heart of the pandemic, Diez founded the Donor Participation Project, an online meetup for fundraisers to learn from one another. The project began with the modest goal of examining how nonprofits can grow their donor base (the proportion of households who contribute to charity has been on the decline for 20 years). The project will launch its first conference this month.

The virtual conference will take place on four consecutive Fridays from 1 to 3 p.m. EDT, starting April 22. True to the project’s participatory model, each of the sessions will feature a distinct theme moderated by a received expert, followed by lightning rounds featuring more than 40 practitioners. Breakout sessions will follow.

Here’s the catch: By weaving the principles of meaningful engagement into the group’s own fabric, the project ballooned in just 18 months into an astonishing 1,500-plus fundraisers who meet every month virtually. Recent discussions have ranged from using behavioral insights to inform fundraising, to the future of the nonprofit conference, to raising transformational gifts.

“We are built from the ground up to operate as a community,” Diez said.

I asked Diez to explain in plain terms what “community” looks like, especially for a project that exists primarily in virtual form. He explained that the project’s monthly get-togethers are not held as webinars, but Zoom meetings.

“Our presentations are purposefully light on presentation and heavy on conversation,” Diez said.

Following these group Zooms, time is made for small-group breakouts. The project has a listserv, weekly office hours on LinkedIn live and a member directory.

If becoming an expert requires repetition and feedback, it also requires access to power. Women hold some 70% of fundraising jobs but only 30% of leadership positions. Only 8% of nonprofit CEOs are people of color. Personality-wise, introverts are at risk of being passed over for leadership positions because they do not fit a stereotypical mold.

“Part of what we do in our community is provide a platform for different voices and different definitions of success,” he said.

The members of the Donor Participation Project include consultants, freelancers and career-changers. Diez noted that not every fundraiser needs to follow the conventional career trajectory of “become a road warrior, climb your way into a major gifts role and then lead your own team.”

At its best, a project, such as the Donor Participation Project, will provide the community-building space for fundraisers of all backgrounds to develop into the professionals they want to be. With more engaged, less burned-out fundraisers, able to co-create and innovate, surely nonprofits will see the uptick in engagement they seek.

Dr. Kenna Barrett is a fundraising coach at Pitch Perfect Fundraising in Silver Spring, Maryland. Kenna has raised millions of dollars for startups and world-class universities in areas such as social services, educational access, healthcare and the environment. Prior to joining the American Podiatric Medical Association as its senior fundraiser in 2018, Kenna served in leadership positions at Yale and Johns Hopkins universities. Kenna teaches fundraising at Sacred Heart University and coaches women, introverts and other change-makers in navigating the world of philanthropy.

Kenna brings her expertise in cognitive science, philosophy and English studies (writing and rhetoric) to her thought leadership. She holds degrees from Wellesley College, University of California San Diego and the University of Rhode Island. Her essays have appeared in CASE Currents, the New Haven Advocate, Composition Studies and elsewhere.