Charlottesville: The Art and the Crime of Polarization

We had planned another blog for today; you’ll see it next week.

We watched in horror as Charlottesville, Va., erupted into violence this past week. Otis graduated from the University of Virginia (UVA) in 1979. There, he met the Dalai Lama, he met students of diverse backgrounds, he played basketball on a diverse team and he became a Buddhist. Friday, he saw the grass in front of the Rotunda trampled by those who would quell any diversity of thought or action. 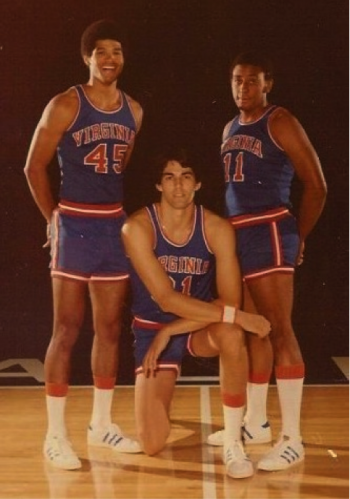 We realized that we in nonprofit were witnessing something important to us. What we saw accomplished by the alt-right in a stunningly successful way is exactly what we in peer-to-peer fundraising and nonprofit, in general, try to do—create advocates.

The alt-right successfully got people to rally in what they knew would be a fractious environment. They got people to drive long distances to do so. They got people to don apparel and carry signs proclaiming their belief. They allegedly inspired one guy to drive his car into a group of pedestrians, killing one, wounding many and changing his own life forever. Do you think they got them to donate money? You’re damn straight they did.

They accomplished what we seek to do—inspire action, change minds and get donations to do more. Why were they so successful? And why aren’t we more successful? It can’t be that complicated. ISIS does it. The alt-right does it. The Nazis do it. We have to do it better. The first step to that is a full understanding of how these changes occur in a person.

In previous blogs, we have written about the power of “in-groups” and “out-groups” on the way people see themselves. There are literally thousands of studies on the topic. Simply put, people define themselves in terms of social groupings and are quick to denigrate others who don't fit into those groups. Others who share some defining qualities are our in-group, and those who don’t are our out-group.

When we were watching the neo-Nazis march around UVA’s Rotunda carrying torches Friday night, it was hard not to notice how young most of these guys were. They were at the age when most people search for a way to identify themselves as part of a group. Group membership instills them with a sense of personal identity.

Here is the question that can be tough for people who foster and nourish advocates for nonprofit causes to wrap their heads around: What is it that fuels the identity of neo-Nazis and KKK members? Is it—as some of them say—a desire to restore their “European heritage?” No, promoting a positive cause is merely window-dressing. Instead, their in-group identity is strengthened by their extreme opposition to out-groups. Primarily Jews, in the case of neo-Nazis, and African Americans, in the case of the KKK.

A recent study conducted by University of Missouri researchers showed that the effect of in-group identification becomes more intense when people feel that they are increasingly threatened. We turn to those in our in-group when we feel that we may be at risk of some type of physical harm. Other research has shown that people are more likely to categorize others in terms of in-group/out-group when they feel they have something to lose.

For alt-right groups, demonization of “the other” intensifies feelings of identification with their organizations. That’s one of the reasons members of these groups are often so extreme—even violent. Feeling threatened by members of the out-group leads to more intense identification with the in-group. Once this cycle of fear and identity gets started, it escalates. And it’s difficult to stop.

Doing battle with “the other” taps into primitive parts of the human psyche. What can we do to provide an alternative? We have to get better, faster and more sincere about changing minds, not just extracting dollars. And if we change minds, the dollars will follow.

When the mission is separate from the fundraising, we are lost. When our first effort with a potential constituent is about giving us money, we have already failed. When performance metrics for one part of the organization have no overlap with the performance metrics for another part of the organization, we are confused and confusing to those we approach.