6 Strategies to Wake Up Your Year-End Fundraising Campaign

This is the biggest fundraising time of the year.

Don’t sleep through it!

Too many nonprofits, sadly, are asleep at the wheel when it comes to assuring their messaging and calls-to-action are even noticed by prospective donors.

If you’ve put a ton of time and effort into crafting a compelling appeal, wouldn’t it be a good idea to do something proactive to assure folks actually wake up and smell your coffee?

I’m going to suggest six strategies to help your appeal along. Some you can do on your own; some will require support from technical and/or marketing staff; all are well worth the effort. Even just one or two will make a difference.

If something doesn’t reach out and disrupt folks’ senses during this super-competitive time when folks’ inboxes are bombarded by messages from everyone under the sun, your coffee (aka “fundraising offer”) will become cold and flavorless before donors ever drink it. If they ever drink it.

1. Make Your Donate Button Stand Out

Make sure it’s big, bold and easy to find. This may seem obvious, but many nonprofits blow this opportunity to drive more philanthropic giving. You may think it’s unseemly to call too much attention to it. It’s a lot more unseemly to let those who rely on you down because you failed to raise the money needed to fulfill your mission.

Note: You can test any of these suggestions, as long as you only change one variable at a time.

When folks come to your donation page, they should be able to give to you quickly and easily. If your landing page (or lack thereof) is a barrier, rather than a facilitator, of donor generosity, you’re in big trouble. Because you’ll be losing donations hand over fist. 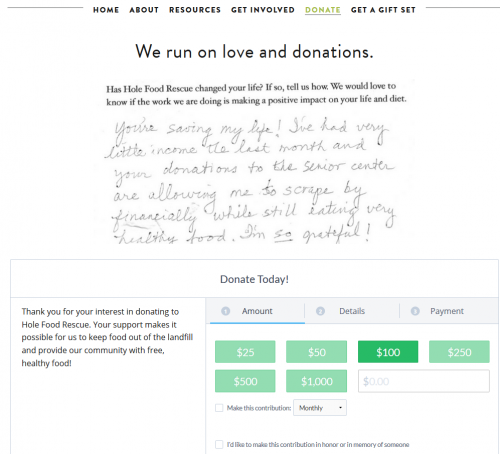 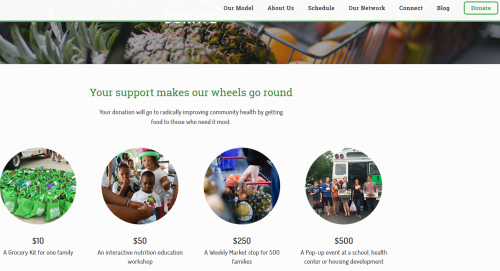 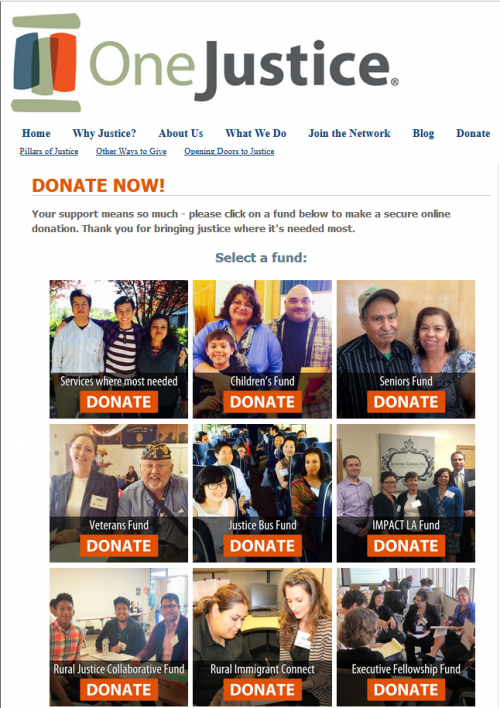 3. Take Over Your Homepage

There’s nothing more important to your visitors on certain days of the year (e.g. Thanksgiving, Giving Tuesday, December 25 through 31) than giving. So why not make your appeal the centerpiece of your homepage on those days? It makes what people are looking for easier to accomplish. 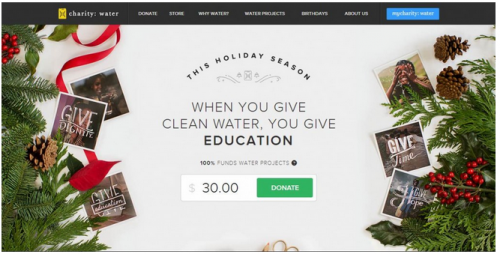 The form-based box that pops up over a website with a call-to-action is called a light box (or splash page). It generally pops up the first time folks come to you during the period for which you set it up — perhaps just for one day on Giving Tuesday; perhaps during the four to six weeks you’re running your year-end campaign. You can tinker with how often a visitor might be shown the light box. (The best advice I’ve heard is if your visitor dismisses the pop-up, don’t show it to them again for at least a week).

You or your leaders might find them annoying. But they work. Why? It’s a simple matter of eyeballs. Conversion rates go up because more people can’t help but notice your call-to-action. The first time I used one of these, when I was director of development at the San Francisco Food Bank in 2010, it increased online donations during that period by almost 30%. This may/may not work for you, but it’s worth testing. 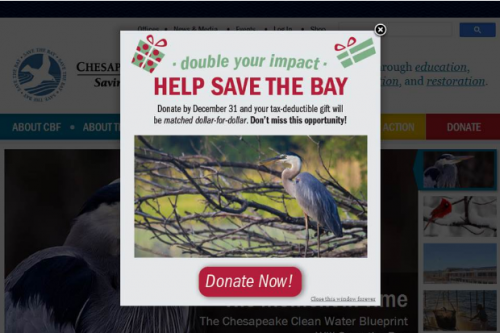 Consider a delay in pop-up timing. Most pop-up software will let you customize when your pop-up appears. You can create one that appears only after the reader has been on your site for a set period of time. For year-end, I’d suggest having your pop-up timed right away, but you can test and play with the timing if your bounce rate spikes or you are fielding complaints.

TIP: There are tutorials on how to code light boxes on YouTube.

The more choices you give your donor, the less likely they are to give you what you want.

6. Make Sure Your Ask is Donor-Centered

Don’t say, “It’s annual giving time again, so please make a gift.” Make the ask about your donor, not about you or your organization. Don’t say, “Give to our Giving Tuesday campaign,”  “Help us meet our fundraising goal” or “Last chance to make your year-end gift.” These asks are all about you and your process. They’ll look exactly like a million other fundraising emails; you won’t stand out.

Donors don’t care about how you do things and what you think is important. To the extent monetary goals and deadlines matter to donors, they are merely secondary considerations once they’ve made an emotion-based decision to give.

Donors care about what they can do to make a specific impact. Use action words that encourage them to help, heal, rescue, save and change the world in a manner that’s near and dear to their hearts.

What Will You Choose to Wake Up Year-End Giving?

You’ve still got time to do a few things that will most definitely improve your year-end fundraising results. While you may not be able to do all these things this year, surely, you can do at least one.  Pick what works for you — and see what happens! You can find more year-end fundraising To-Do’s here.