Paving the Way: Executive of the Year 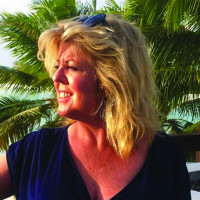 Before February 2013, the museum’s operating budget was in the negative and the educational programs were stagnant. Since her appointment to executive director of the Annapolis Maritime Museum, Alice Estrada has successfully developed and executed a bold new vision for the expansion of the museum’s facilities, exhibits and programs. Due to her efforts, the museum has seen a significant increase in growth. A few of Estrada’s success over the course of five years include the museum’s education center, which went from serving 2,900 students in 2013 to over 6,500 in 2016; and the average attendance of the Winter Lecture Series, which went from 37 per event in 2013 to 145 in 2017.

“Alice has done so much more than expand the museum’s education programs, special events and fundraising events. She has proactively led initiatives to secure the museum’s history and archive the maritime history of the Chesapeake region,” Eric Rubin, chairperson for the Annapolis Maritime Museum, said
“As executive director, she established best practices for the museum’s collections and installed a living shoreline on the museum’s beachfront property.”

In addition, Estrada also helped negotiate a 40-year lease with the City of Annapolis for management of the Nature Park at Back Creek, a 12-acre urban ecology park that had fallen in disrepair. Estrada seized the opportunity to expand the museum’s education programs—the education center now has doubled its reach with the acquisition of the park with an estimated 9,000 students by 2018.

“She has led an expansion of the Annapolis Maritime Museum with a steady hand of leadership, a bold vision for the future and a caring warmth for impacting the community in a positive way,” Rubin said. 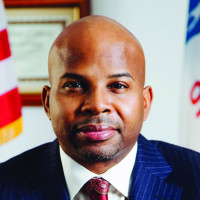 Previously serving as program officer for the Marine Corps Base Camp Pendleton’s Close Combat Program and director of the Combat Visual Information Center, Sherman Gillums Jr. sustained a cervical spine injury from a vehicle collision. The accident occurred after the Sept. 11 attacks, while he was preparing to deploy to Afghanistan with the 1st Marine Division. While his military service is of high note and recognition, his service to the Paralyzed Veterans of America should not go unnoticed.

His leadership and advocacy is felt internally and externally—within the organization and to the broader community. He frequently speaks at events where he advocates for the organization’s cause, such as his most recent Facebook Live event at the Vietnam Veterans Memorial. His inspirational leadership style and dedication to the continual evolution of the organization makes him a well-qualified candidate for Executive of the Year.