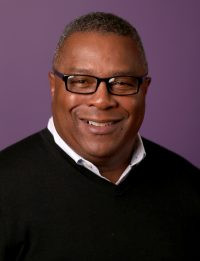 Boys and Girls Clubs of Boston

Robert Lewis Jr. has dedicated his life to urban youth development in his hometown of Boston. Currently serving as Nicholas president and CEO at Boys and Girls Clubs of Boston (BGCB) — and a product of one of the city’s nine clubs — Lewis feels morally obligated to help shape the city’s next generation. His life’s work has resulted in NonProfit PRO honoring him with its 2022 Lifetime Achievement Award.

“As a prominent thought leader on community development and passionate advocate for urban youth, Robert’s influence extends throughout Greater Boston, Massachusetts, and nationwide,” his nominator told NonProfit PRO. “His commitment to urban issues and opportunities throughout his storied career, his ability to lead by example, and his proven ability to adapt and overcome challenges make him a perfect fit for the Lifetime Achievement Award.”

Lewis grew up during the city’s desegregation busing crisis, but credits local community organizations, like East Boston’s Salesian Boys and Girls Club, for helping him to persevere and achieve. Lewis’ work began in 1978 when he started coaching baseball in Boston’s South End. The program grew and achieved great success, with his Astros team winning the Triple Crown Sports’ Championship in 2010 and 2013, and Team of the Year in 2012. However, the team’s baseball accomplishments were only part of the mission. Lewis was dedicated to developing young people to succeed on and off the field.

Meanwhile, his career beyond the baseball diamond has also overwhelmingly emphasized urban youth development spanning government and nonprofit roles, including serving as executive director of Boston Centers for Youth and Families, the city’s largest youth and human service agency; vice president for program at The Boston Foundation where he oversaw grantmaking and played a key role in creating an equitable future for the city; and founder of The BASE, a nonprofit focused on developing athletes as well as their academics, careers and well-being.

Lewis dislikes the common narrative of urban youth as “at risk,” “underserved” or “disadvantaged.” Instead, he sees their potential and talent, but that they tend to lack resources and opportunities, so his nonprofit set out to develop the best athletes while creating pathways to higher education and career opportunities via academic support, scholarships and internships. To date, The BASE has awarded more than $45 million in scholarships and more than 250 internships and jobs to student-athletes.

“He [has] pledged to close the opportunity gap, and definitively move the needle for people from lower-socioeconomic backgrounds — something he hopes to achieve in his lifetime because, at the end of the day, Robert will get it done,” his nominator told NonProfit PRO.

In March, he made the difficult decision to leave The BASE. He saw the potential impact he could have on Boston’s youth by implementing The BASE’s model on a much greater scale at the Boys and Girls Clubs of Boston where 82% of its constituents identify as people of color and 64% come from families making less than $53,000 a year.

“Leaving the BASE to lead the BGCB was a very difficult decision for Robert; however, he understood the magnitude of influence and impact he would have on Boston’s youth as Nicholas president and CEO of BGCB,” his nominator told NonProfit PRO. “He is quick to share that leading BGCB is a part of his DNA and is a position he was born to pursue.”