Fundraiser of the Year: Leah Garrett 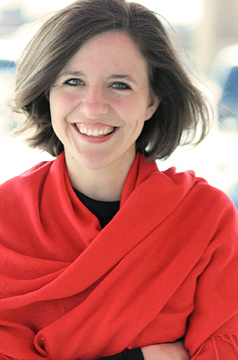 Fundraiser of the Year

Community of Hope
Vice President of Development and Communications

Jumping from task to task and role to role isn’t easy, but a lot of nonprofit professionals wear multiple hats nonetheless. To manage it all takes skill — and a certain level of dedication to the cause.

For Leah Garrett, vice president of development and communications for Community of Hope, mastering both fundraising and communications is how she has shown her commitment to improve health and end family homelessness in order to make Washington, D.C., more equitable. Her accomplishments have solidified her standing as NonProfit PRO’s 2022 Fundraiser of the Year Award.

Since 2011, Garrett has quintupled funding for the organization with foundation grants, individual giving and government funding, increasing the budget from $8.3 million to $41.9 million. Within the total figures, private funding jumped about $3.6 million while government funding increased $14.9 million. Through that growth, Garrett has expanded her department from a three-person to a 10-person team.

“Her ability to thoroughly comprehend and oversee multiple facets of development and communications work — from constituent relationship management software, to fundraising events, to volunteer and media engagement, to individual donor management, to grant writing and foundation stewardship — makes her the most talented development leader I have ever worked [with],” her nominator told NonProfit PRO. “Her team admiringly calls her ‘the Energizer Bunny,’ and with good reason!”

In addition to her annual fundraising strides, she was behind four capital campaigns that raised more than $50 million in total, and included a $22 million campaign that would relocate and expand the organization’s Family Health and Birth Center, the only freestanding birth center in Washington, D.C. Even though the organization delayed its campaign launch due to the pandemic, Garrett still managed to secure 55 funding sources, including 13 six- and seven-figure donations, to reach the nonprofit’s goal of raising $11.8 million in private dollars.

“While so many funders were turning to emergency funding, Leah ensured that both emergency and capital funding remained top of mind through captivating messaging and thoughtful outreach,” her nominator told NonProfit PRO. “Her hard work paid off, and funders and other community members, including the mayor, celebrated at a spectacular grand opening on April 30, 2022.”

Additionally, Garrett kept donors close during the pandemic with a series of micro-events called “Occasions of Hope,” which included virtual dinner parties, socially distanced garden parties, and tours of Community of Hope facilities. As a result,when the main event, Night of Hope, returned in September of this year, the transition to an in-person event was seamless with 353 attendees raising more than $420,000.

On the communications side, Garrett created a language equity guide for the organization to ensure diversity, equity and inclusion is weaved throughout internal and external communications.

She also has secured Community of Hope leaders and clients media spots, including on CNN’s series, “Champions for Change”; on NBC’s morning show “Today”; and in “Birthing Justice,” a documentary about maternal and child health disparities. From initial contact through filming, Garrett works behind the scenes to create these opportunities, which provide brand and mission awareness that often results in acquiring new donors.

“Without her strategic leadership, Community of Hope would not be half as successful as it is today,” her nominator told NonProfit PRO.