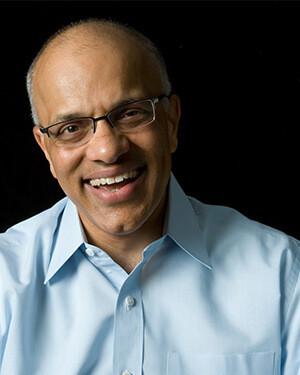 Atul Tandon may have started his career in the for-profit world, but his decision to serve the world’s extreme poor has led to NonProfit PRO recognizing him with 2021’s Lifetime Achievement award.

Tandon’s family had limited means when he was growing up, but he eventually carved out a successful career in the global financial services industry. Working for Citibank, he launched its consumer banking franchise in India before taking on various roles with the company in the United States. However, it was at the height of his professional success that he opted to shift to the nonprofit sector.

He began his nonprofit career at World Vision United States, where he tripled revenues in his nine years there. Additionally, he expanded fundraising operations in 25 countries, served on its international board and supported its HOPE initiative. Later, at United Way, he helped to build the largest network of community-based charities and was a founding member of Bono’s ONE campaign.

As CEO of Opportunity International since 2016, Tandon has grown his organization’s programs, including one that allows nongovernmental schools to provide affordable quality education through financial institution partnerships and another that provides loans to farmers in Africa to provide livelihood to farmers and produce to the community. Even during the pandemic, Tandon reached 30 countries and served an estimated 19 million people — two million more than in 2019. Tandon also pivoted the nonprofit’s strategy to support India’s pandemic response, mobilizing 2,340 community health workers in 1,000 villages throughout the country to aid families who have been systematically marginalized and disproportionately impacted by COVID-19.

Tandon has earned an MBA from the University of Delhi and a certificate in governance from the John F. Kennedy School of Government at Harvard University. He is also a member of the Global Mentor Network.