With Hurricane After Hurricane, Some Worry About Donor Fatigue 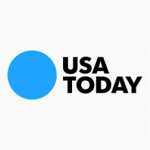 Some New York fundraisers are bracing for donor fatigue after a historic run of hurricanes recently that put unprecedented strain on Americans' charitable giving.

Hurricanes Harvey and Irma slammed Texas, Florida and Puerto Rico in the span of two weeks, leaving thousands homeless and prompting donors in New York and nationally to dig into their wallets to support relief efforts.

Just days later, Hurricane Maria hit Puerto Rico, and reports of an entire island of 3.4 million in the grips of starvation and disease spurred New York leaders to spearhead charitable outreach to the storm-ravaged Caribbean.

While still mindful of storm recovery, some Lower Hudson Valley nonprofit leaders are leery of it overshadowing the peak charitable giving season just around the corner.