Can charities fundamentally change Russian society? Nonprofit executives in Russia think that the answer is yes.

Last month we traveled to Russia to teach peer-to-peer fundraising to Russian nonprofits. The trip coincided with the release of the Russian translation of our 2017 book, “Dollar Dash: The Behavioral Economics of Peer-to-Peer Fundraising.” “Dollar Dash” is being distributed in Russia by a Moscow-based organization, the Need Help Foundation, which supports the development of 170 charitable organizations throughout the country.

The Russian title for the “Dollar Dash” is “One Hundred Friends,” an allusion to the Russian expression, “I do not have one hundred rubles, but I have one hundred friends.” We conducted a one-day workshop on peer-to-peer fundraising in Moscow to local nonprofits and, later in the week, delivered a keynote address at the bi-annual White Nights Fundraising Conference in Samara, Russia, the largest gathering of Russian nonprofit organizations. 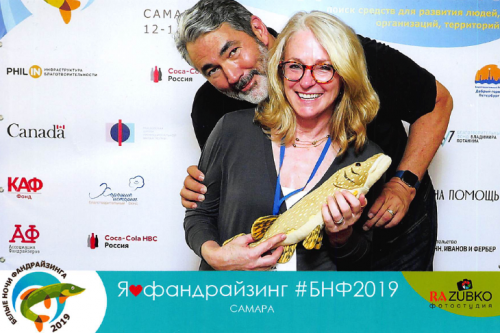 Coming from the U.S. nonprofit world, in many ways our experience was like taking a trip back in time. Today, there are 143,000 nonprofit organizations in Russia, compared to around 1.5 million in the U.S. The majority of Russian nonprofits (around 65%) are located and operate in the country’s two largest cities, Moscow and St. Petersburg. In these two cities, 2.5% of residents make regular charitable donations. By way of comparison, according to the Chronicle of Philanthropy, around 25% of Americans reported making charitable contributions on their tax forms.

According to a recent Gallup poll, 60% of Americans say that they have confidence in charitable organizations and NPOs, while 27% say they do not. Those figures are basically reversed among Russians, with only 29% expressing confidence and a majority (54%) saying that they do not.

What is responsible for this difference in attitudes between Americans and Russians? One factor is that Russian nonprofits are fighting an uphill battle against social norms that were entrenched during the Soviet era. The Great Soviet Encyclopedia is described in Russia as "the first Marxist-Leninist general-purpose encyclopedia." It is the source of official Soviet doctrine about a multitude of topics. It states, “Under socialism, charity is not needed, because society has eliminated need and poverty.” In the USSR, charity took on a class character. “Peasant Mutual Aid” and aid committees were created and promoted at the political level. Help from individuals was considered to be bourgeois hypocrisy. 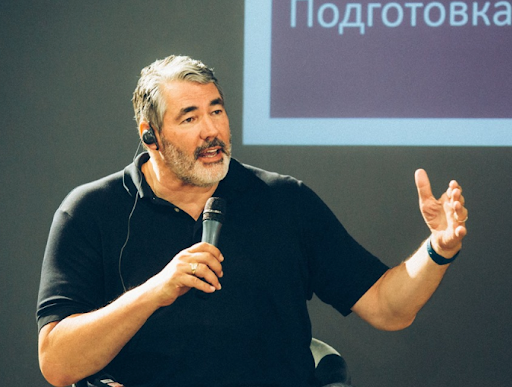 Despite these handicaps, the nascent Russian nonprofit world is experiencing rapid growth. Overall, the top four areas of need that receive support are orphans, poverty, those needing medical treatment and people with disabilities. In the past three years, Russian nonprofits with a budget of $1 million or more have seen an 85% increase in donations.

Several things have played a role in the uptick in donations. The development of websites that serve as fundraising platforms, fundraising on social media and access to full-featured fundraising platforms (similar to our TeamRaiser or Classy) have fueled the sector’s expansion. The Need Help Foundation fundraises to provide access to a peer-to-peer platform free of cost to the nonprofits it supports.

Only a quarter of Russian nonprofits utilize volunteer fundraising. Of the ones that do, the vast majority create birthday fundraisers, most through the Need Help Foundation.

Many of the nonprofit professionals we met on the trip believe that the nonprofit sector is Russia’s best hope to transform its society because the political door is closed. They know that they have to do it themselves; Russian nonprofits are forbidden from taking funds from sources outside of the country by their Foreign Agent Law. And the need is great. Moscow impresses one as a typical prosperous European city. More than 200 billionaires live there. But outside the cities, people live in poverty. A typical salary is $120 a month. For most, there is little access to basic medical care. Today there is just a single nonprofit to support adults with cancer; that in a country of 144 million people.

What stands in the way of progress? The biggest challenge is to overcome peoples’ longstanding fear, cynicism and hopelessness with engagement. Engagement is where peer-to-peer fits in. But getting Russians to make that first ask on the part of charities is difficult.

And even nonprofit professionals sometimes share in this cynicism. At our session at the White Nights Fundraising Conference in Samara, an audience member asked if we thought that conditions in Russian society would prevent peer-to-peer from ever working there. Were we trying to apply our style of fundraising to a situation where it didn’t fit?

We replied that peer-to-peer would work for them, because it appeals to universal aspects of human nature and psychology. We hope that the Russian nonprofit sector can use peer-to-peer to erode the existing social norms. Those that keep people from creating communities and accepting the paternalistic attitude that some authority figure will solve their problems for them.

To be sure, the social norms that exist in Russia are a drag on the development of the country’s nonprofit sector. But social norms can change rapidly. Ten years ago, who would have thought that gay marriage in the U.S. would be so accepted? The same transformation can happen to Russians as they learn to organize and work together to solve critical social issues. And on that front, we’re happy to collude with them anytime.

How My Experience Inspired a Fundraising Epiphany