What Nonprofits Can Learn From the NFL

If your job is in peer-to-peer fundraising, you are in the movement business. Although no two movements are exactly the same, they all have some commonalities. The TED Talk by Derek Sivers, “How to Start a Movement,” captures the features of movements beautifully in just three minutes. (Go watch it and come back. This will make so much more sense if you do.)

Paraphrasing Sivers, here are the steps involved in starting a movement:

Former NFL Super Bowl quarterback Colin Kaepernick was a lone nut. He was the guy who famously took a knee during the playing of the National Anthem before games to protest discrimination and brutality against minorities by police. The events of the past week transformed him from a lone nut into the leader of a movement. 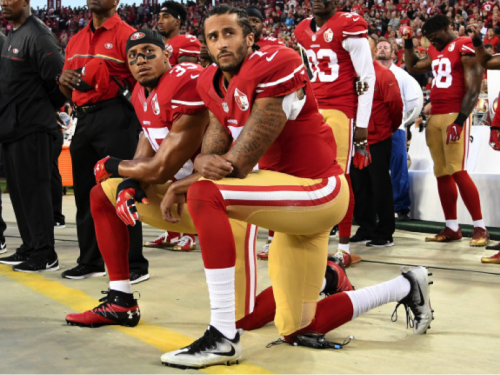 Because of President Trump’s comments, a tipping point (see No. 4 above) was reached, where it became less risky to join in than to be left out.

At NFL games around the country last weekend, there were many more knees taken during the playing of the National Anthem. Some white players took a knee or stood next to teammates with a hand on their shoulders in support. Some teams locked arms. At games in Detroit and Nashville, the people who sang in the National Anthem themselves took a knee when they came to “Home of the Brave.” Owners—including the Dallas Cowboy’s Jerry Jones—joined in with their players as they knelt. 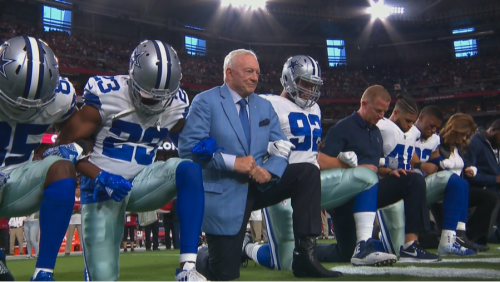 Oh yeah, the tipping point was most definitely reached.

What can nonprofit leaders take away from this in the increasingly politicized—and polarized—environment that many of their organizations find themselves operating in? Some nonprofits have been in the political fray for a long time and carefully walk 501(c)(3) and 501(c)(4) lines. But it appears all are being dragged in, sometimes unwillingly. The tipping point for nonprofits is approaching.

There is a good argument that the missions of the vast majority of nonprofits are by definition nonpartisan, transcending political considerations. Cystic fibrosis, cancer, autism are all equal opportunity afflictions. Organizations’ missions that involve curing these diseases try to stay out of politics, afraid (with good reason) that they might offend some of their constituents.

Most nonprofit boards are resigned to helping their organizations just do their best in whatever climate they operate in. They don’t shape the landscape; they respond to it, but there may come a time when it isn’t possible—or responsible—to remain on the sidelines.

The recent Graham-Cassidy Obamacare repeal bill is a good example. How would it impact the treatment of people who are affected by conditions many health-care nonprofits serve? Should a nonprofit that funds medical research speak out publicly for or against legislation, or should they leave it to the 501(c)(4) organizations to manage? Our world at Turnkey is peer-to-peer fundraising. Should that massive movement machine be pointed at policy? Can we do that and maintain legal status? Can we stop that machine if it goes off without the nonprofit’s blessing? Should we try?

These are difficult decisions, involving complicated issues. And the situation for every organization is unique. But perhaps it is time for more nonprofit leaders to consider having a greater voice in calling the game.

It’s hard to be a lone nut, but if you’re passionate—and right—you won’t be lonely for long.