What Nonprofits Can Learn From Houston

Recently, people throughout the U.S. watched the saga of people using their own small boats to rescue complete strangers. They did so, disregarding their own well being, performing repeated acts of heroism.

The drama I am referring to is not what happened in Texas this weekend, but in France in May 1940. The movie “Dunkirk” is the story of the rescue of 330,000 French, British, Belgian and Dutch soldiers who were trapped by the Nazis on French beaches. They were evacuated by ordinary English citizens who brought every manner of small craft across the English Channel, coming back time after time. It took the 850 merchant marine boats, fishing boats, pleasure crafts, yachts and lifeboats more than a week to evacuate all the troops. 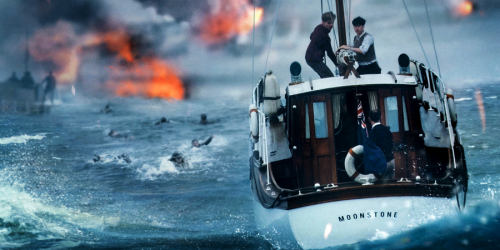 In times of war, heroism often becomes the norm. People routinely perform both great and small acts of charity and sacrifice without thought of reward. The normal boundary between friend and stranger becomes obscured. The sense of duty to help extends to all the people who are on the same side.

This weekend, Houston went to war.

Overwhelmed, government agencies put out a call for anyone with a shallow water boat to help the rescue effort. Just like they did in 1940, people responded. The New Yorker wrote, “A makeshift navy struggles to respond to Hurricane Harvey.” When interviewed, a guy getting ready to launch his boat said simply that he would, “Go try to save some lives.”

In her new book, “Strangers Drowning,” Larissa MacFarquhar profiles the lives of people who have dedicated their lives to helping strangers. Their self-sacrifice and commitment is far beyond what the vast majority of us would consider to be normal. She makes the point that it’s human nature to care for family and friends. When expectations change, like what has been wrought by the disaster in Houston, behavior changes, too.

She says, “In war, what in ordinary times would be thought strangely zealous becomes expected. In ordinary times, to ask a person to sacrifice his life for a stranger seems outrageous, but in war it is commonplace.”

Among the people that MacFarquhar profiles is a couple that struggles to make ends meet, but adopts 20 children with disabilities. One woman donated a kidney to a stranger. Another founded and lives in a leper colony. Others eat out of dumpsters, so they can give their earnings to people who are experiencing homelessness.

There is a difference between these people, who make extreme sacrifices for others on a daily basis, and the rest of us. For them, it is always wartime. They always feel that strangers, like comrades in war, are their own people. In ordinary times, these people seem weird.

Houston is widely acknowledged to be the most ethnically diverse city in the U.S., more so than either Los Angeles or New York City. More than 3,500 rescues have taken place there in the last three days. None of the people piloting the boats cared if those they were helping to evacuate were Latino, Black, Asian or Anglo. Houstonians are at war.

Today, the sun came out briefly in Houston for the first time in five days. Eventually, the war in Houston will be over. What will happen then is predictable. Expectations will return to normal. People will begin to focus on themselves and their families, rebuilding their lives. In war, selflessness looks like valor. As MacFarquhar says, “In peacetime, selflessness can seem soft—a matter of too much empathy and too little self-respect.”

Wars rage every day. The battles against cancer, domestic violence, climate change, etc. go on every day in hospitals and jails, in streams and in the air, inside bodies and minds. The people on those front lines know they are at war in each case. We know those people. We know warriors like the volunteer Pat Flynn, who raises thousands of dollars every year for the American Cancer Society Relay For Life. She is at war. We all have some people who have the “at-war mentality” in our organizations.

Our job as marketers and fundraisers is to keep our constituents from falling into the complacency of peacetime. Our job is to use every means at our disposal to help people understand the battle is raging, the way they understand Houston’s war.

You can strike a blow in the battle. Go to the Red Cross website and donate to the Houston relief effort. 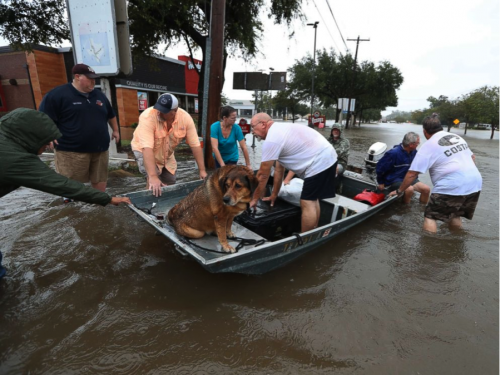 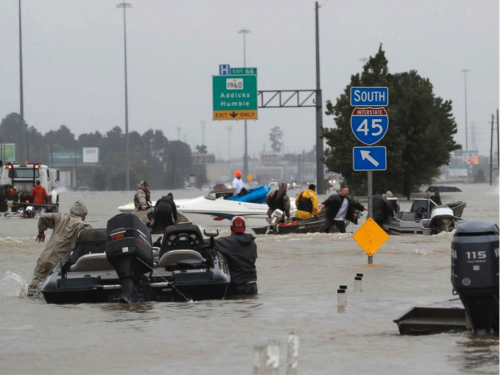 Survey: More Than 1 in 3 Gave to Disaster Relief

What 10 Nonprofits Are Doing to Aid Ukraine and Its Refugees