Why Nonprofits Should Ban the Word ‘Incentive’

I recently did a webinar for a major nonprofit preparing to roll out next year’s walk campaign to its local chapters. There were about 200 chapter directors on the call. In the last year, the nonprofit has gone away from providing incentives of consumer products (blenders, scooters, etc.) and has opted for more modest gifts with its brand to recognize fundraisers and donors, per our recommendation. For the most part, the transition to less expensive items to recognize supporters has gone smoothly. Still, some questions about language persist. I got this question from a chapter director after the webinar, and here was my response.

A: If there is one word that I would like to ban from the nonprofit world, it would be “incentive.” An incentive has traditionally been used to describe something that is given to people in exchange for performing some behavior. In this case, the behavior is raising funds for this organization. When people are offered things of significant or definable monetary value in exchange for doing something, it suggests to them that they are in it for what they can get, not because they believe in the mission of the organization.

The second word I would ban from nonprofit is “reward.” Here’s why: People often think that they can “incentivize” people by giving them “rewards.” In fact, the words “reward” and “incentive” are often used interchangeably. Psychology research shows that rewards only yield "temporary compliance." The person’s behavior might change for a period, but it will slide back. Think of a failed diet. Rewards only sustain behavior if you keep giving rewards.

As social scientist Alfie Kohn has said in the Harvard Business Review, rewards like money, (think: gift cards) vacations, raffle items, etc., do little in the way of changing people's attitudes. "Incentives ... do not alter the attitudes that underlie our behaviors," Kohn says. "They do not create an enduring commitment to any value or action. Rather, incentives merely—and temporarily—change what we do." 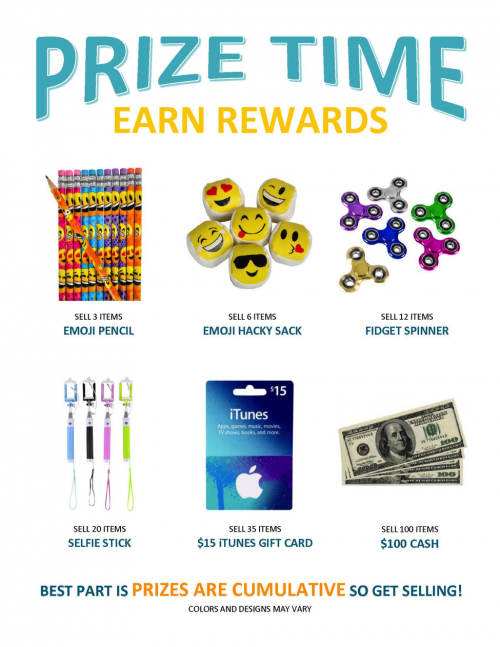 Instead of thinking of how we can “incentivize” supporters, I prefer to ask what would “motivate” them. Organizational psychologists are clear about the factors that motivate people, what I call the big four motivators—recognition, personal growth, responsibility and challenging work. Think about why you sought out a leadership role in this year’s walk. I bet that you experience, or hope to experience, some aspects of the big four.

Another reason we don’t like using “incentive” or “reward,” is that these words imply gifts. Recognition, on the other hand, is about how we handle the touches we have with the constituent. Those touches manifest in many ways. Recognition is a process. Incentivizing/rewarding is a thing, and the “thing” can be a problem.

If we’re talking about gifts, the keyword is “modest.” Pretty much no one is involved with the walk to get an expensive gift. And if they are, research says they won’t stick around long. When we talk about recognizing people with gifts, the language that we use here at Turnkey is “recognition item,” rather than “gift.” The recognition item always bears the organization’s logo to remind supporters of what they did to receive the item.

It’s up to you as the leaders of the walk to put people in a position to be motivated by the other three: personal growth, responsibility and challenging work. And never underestimate how motivating it is for a volunteer to pick up the phone, call a supporter and just say, “Thank you. We see what you have been doing. It means a lot to people in our community.” Research has shown that recognition from a stranger can be every bit as motivating as recognition from a close friend or family member.

Here’s a shorthand for the above:

How to Double a Major Gift

The Power of Promo Products for Your Nonprofit

The Truth About Your Nonprofit’s Swag

What Nonprofits Can Learn From Houston

Leveraging Our Biases to Fundraise