What Do You Mean When You Say ‘Donor-Centric’?

How much money would you raise if you knew anything meaningful about your donors? 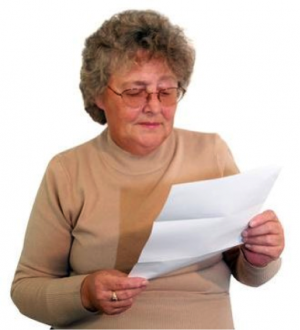 Do you recognize her?

She’s been on your house file for three-and-a-half years now. Each month she gives you the $15 you originally had asked her for. She’s comfortably well-off, supports many other causes and easily could afford to give you more.

What’s missing in your relationship with her?

You know exactly how old she is, where she lives and the channel she was recruited on. And, of course, you know how she gives and how much.

But do you know why she gives?

There is any number of possible answers. Maybe she:

Or maybe it’s any number of other possible reasons.

Now look at the face of your donor again. Can you accurately say which of the above are true for her?

Let’s say you’re with a health charity. Does she have a connection to the disease your organization is trying to treat/prevent/cure? Do the supposedly emotional, engaging stories the organization tells help her connect to something of which she has no experience? Or, do they deeply upset her, bringing up traumatic memories she wishes she could forget?

Or, let’s say you’re with a national wildlife charity that operates nature reserves. Does she want to take her children and foster in them a love of the outdoors? Does she appreciate the magazines, etc., your organization produces for kids? Or, does she use the reserves as quiet time for herself, and deeply resent the organization’s damaging the environment by sending her magazines she puts straight in the recycling bin?

Or, let’s say you’re with an international development charity. Does she wish she could do more—that she could feel useful and somehow connected? Or, does she wish your organization would stop diluting her donation by sending her a ton of appeals and information she’s never going to have time to read?

Or, [insert your cause here].

The only reason for not knowing is not caring enough to find out.

But even if we knew why she gave, we still wouldn’t know what—of all the experiences you create for her—mattered.

By even the most lenient definition, our sector sends donors an awful lot of “stuff.” Step outside your silo for a minute and think about how much content your brand, comms, donor/member services, etc., is sending your donor, in as many communication channels as you have contacts for her.

It’s all creating an impression on her. It can’t all matter to her. And of the things that do matter, they can’t all matter equally. Yet we spend an enormous amount of time, effort and money producing and sending them to her anyway.

So it’d be well worth knowing how much of her lifetime value is driven by:

Again, the only honest answer a fundraiser can give is an embarrassed shrug of the shoulders.

Inability to understand why she gives and what builds on that is the root cause of our inability to dent mission.

So what can we do?

We all know surveys tell us what people say they’ll do, but rarely do they tally with what they actually will do.

And we all know transactional data on "who gave when and how" tells us absolutely nothing about why they gave (or ever would again).

Only by combining the two can you get the answers to who, what and why. Only then can we make any meaningful change in the world.

Charlie Hulme is managing director of DonorVoice. Part of the team that conducted the sector’s only empirical and applied study into donor loyalty. Today, he works with charity partners to radically alter the donor's experience and subsequent lifetime value.