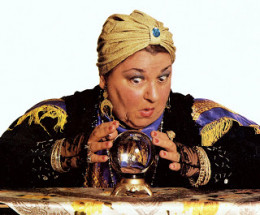 Earlier this month, a major retailer announced that its quarterly earnings were down. While not naming any brands, this retailer often graphically is represented by a big red bull’s-eye. The article went on to comment that there were some “in-store disruptions” that contributed to what is perceived to be an “unexpected” downturn in revenue.

One of those referenced disruptions was the impact of a major change in one of its services. This company made the decision earlier this year to sell its in-store pharmacy services to another major brand, one that often is referenced by three letters.

Are you wondering what this has to do with my nonprofit marketing blog? Sit tight—I’m getting there.

Now, I happen to be one of those people who went to this bull’s-eye store for my family’s monthly prescriptions—and I loved it. It felt like a personal experience every time I went there. The employees remembered my name. And, guess what, I left that three-letter pharmacy chain to come to get this experience. Or stated differently, I came to the bull’s-eye pharmacy to get away from the three-letter pharmacy. You can imagine how I felt when I learned of this major change.

Well, guess what? Apparently I was not alone. According to a company source, one of the major in-store disruptions, which has caught the company off guard and caused a drop in sales, is that the prior pharmacy services were bringing people to the store, and they were shopping while they were there. So, when it sold these services, apparently it didn’t realize how its pharmacy customers would feel about the “incoming brand.”

When I read this article, in addition to saying, “Right! I hate that brand, and I can’t believe they sold out to them,” I actually said, “How could the company miss this?”

Did it really not think about whether people would be happy with a new brand taking over its pharmacy services? Did it really not do any customer-satisfaction research on the brand, or at least compare its current experience to how other brands’ experiences are perceived?

And, then I realized, yep, I’ve seen this before. I’ve seen nonprofits make decisions without looking downstream at the impact.

We can all name them—reduced acquisition impact on two- to five-year trends, raising a threshold of thanking donors from $10 to $25, the list can go on. In some of the most tragic revenue situations, there always seems to be an element of surprise about the situation.

Folks, that just should not be the case.

Direct marketing is one of the most measured approaches in all of marketing. Simply put, there is no excuse for not trying to understand the impact of marketing decisions downstream.

Here are a few key points to consider when making a marketing shift:

• What is the immediate impact on revenue associated with making this shift? (This is the one that everyone seems to get right.)

• If the decision/change will drive a shift downward in the number of active constituents (for example, in pursuit of better net revenue for an immediate financial period), has the impact of that loss of constituents been mapped out against two- to four-year revenue trends using retention, average gift, etc.?

In other words, if you strategically are going to make the decision to bring in 10,000 fewer new donors this year, what would those 10,000 represent in revenue in the coming years? Or, if you strategically are going to stop marketing to a deeper lapsed audience for a year to save money, what is the predicted impact of not communicating with that group of people for 12 months? Will they bounce back the next year? What data supports that?

• Are there pre- or post-behaviors associated with the transactional behavior you are involving in this change?

• Are there any messaging aspects involved in the decision, and will that create confusion or clarification with your constituents? If there is a chance it will create confusion or drastically change the experience they are used to, have you done any pre-work to understand what will happen?

For example, many companies want to roll out new brands because all branding research pushes them in this direction. However, if there is a drastic change in the way you represent yourself, what happens to your donors who have the longest relationships with you and hear from you through the mail or email regularly? Will they be confused? Will they not respond? Will they wonder what happened to the charity they thought they knew and loved? Figure it out (at least before a rollout)!

I know some of these seem simple, but I hear stories all the time about changes that are made to solve short-term problems or broad changes that are just rolled out without understanding what happens after today. Don’t fall into this trap.


Angie is ridiculously passionate about EVERYTHING she’s involved in — including the future and success of our nonprofit industry.