Constituents Do More Than Wear Your Wristbands

Most people think that anything that gets people to focus attention on their nonprofit leads to good things happening. Increased attention = increased revenue. And no matter what your mission is, you can find ways to connect with prospective constituents. Facebook, of course, is the biggest fish in the pond.

Seth Myers said on Saturday Night Live, “Look, if you make a Facebook page we will ‘like’ it—it’s the least we can do. But it’s also the most we can do.”

Does liking your organization on Facebook make people more inclined to provide tangible support—volunteer their time and donate money? We often encourage people to “like” us and to make all sorts of other “token endorsements,” like signing a petition, wearing a wristband, bracelet or pin, displaying a bumper sticker. And the list goes on. 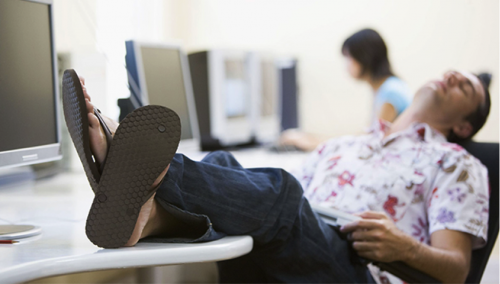 Many fundraising professionals believe that token endorsements are stepping stones toward more significant engagement with their organizations. However, some nonprofits have pushed back against such token campaigns. In Sweden, UNICEF launched a “Likes Don’t Save Lives” promotion. Their message was that it takes more than token gestures of support to protect children in developing nations against disease. It requires tangible financial contributions.

In the U.S., the widespread distribution of “pink” paraphernalia to draw attention to the efforts to cure breast cancer has come into question. Some fear that “pink-washing” detracts from the focus on cancer research and support programs. That the display of pink items just provides a cool way for both individuals and corporations to present themselves in a positive light.

Handing out your organization’s plastic bracelets to everyone entering your alma mater’s college football game might give you the impression that you’ve got 30,000 prospects who are an ask or two away from writing you a check. What you’ve probably really got is a stadium full of people who are happy to wear your swag.

A 2014 study in the Journal of Consumer Research suggests the idea that token support discourages more serious engagement may be well founded. Psychologists at Arizona State University found that, although people want to be seen publicly associating themselves with prosocial causes, token expressions of support for a cause may not lead to anything more.

What is the key to getting people to take the next step after they’ve liked you on Facebook? It’s all about forging a personal connection.

Malcolm Gladwell discusses the importance of making a personal connection in his New Yorker article, “Small Change: Why the Revolution Will Not Be Tweeted.” The article’s takeaway is that nonprofits must engage constituents by convincing them that they have a great personal stake in the organization’s mission. Traditionally, highly effective movements were built upon “strong-tie” personal connections, like among classmates and church members. Activism built on social media connections, however, is dependent on “weak-tie” relationships. Organizations seek involvement via social media platforms like Facebook from people they have never met. These are loose connections, and true activism requires a strong, robust organizational structure.

Until people experience a strong personal connection to a cause, they won’t be motivated to provide tangible support. It’s getting people to believe, as marketing guru Seth Godin says, “People like us do things like this.” And the thing like this is donating their time and money.

Building the constituent base is a need for every nonprofit. But if your marketing campaign is just creating a greater number of “weak ties,” you are probably wasting some precious resources. Interestingly, however, research also indicates that a digital outreach is effective with one type of person—those that are already highly connected to your cause.

The bottom line? It’s not simply a matter of using technology to drive greater numbers—clicks, likes, opens, etc. It’s about turning weak ties into strong ties. Doing that requires a thoughtful, sophisticated strategy. That’s what gets people sharing dollars, instead of sharing likes.