Your Beliefs Drive Your Major-Gift Actions

I have a friend who jokingly says to me: “Richard, do you believe what you believe?” And I laugh and respond that I do. But then, as I have been thinking about it, I really don’t believe everything I believe. I think I believe some things, but when I put them in the light of day, those beliefs are either outdated or just plain wrong.

For instance, years ago, I used to believe homeless people were basically lazy. And that belief caused me to regard homeless folks with disdain and impatience. Then I started working with rescue missions and The Salvation Army and found that is not true at all. And it changed me. 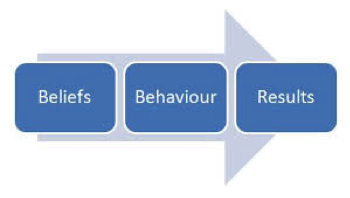 As I was walking back to my hotel from dinner last week, I encountered a couple with a small boy who was crying loudly. The boy was obviously distraught about something. As I walked by, I heard his dad say to him: “Remember, I’ve told you many times, Johnny, boys don’t cry. Do you hear me? Boys don’t cry!” Hmmmm... There’s a belief!

There are a number of other beliefs I have had that are just too embarrassing to share, but as I have opened myself up to the truth about those beliefs, I have changed.

All of this got me thinking about the beliefs we all have about donors and how those beliefs govern our daily actions toward them.

What private negative beliefs about donors do you have? Might some of them be on this list?

• People with a lot of money are arrogant and demanding.
• Most donors just want to give, so they can get attention.
• Many donors worry too much about the details, like every detail on how the money is spent.
• Donors really don’t have a specific interest, they just give for tax or publicity reasons or because it makes them feel good.
• Donors really don’t understand how a nonprofit works.
• Donors want to be involved in way too much and don’t realize we are the experts on how to deal with the cause we are both interested in. They should just give their money and leave the rest to us.
• Donors really don’t need to be thanked quickly. They know we are busy with important things.
• Donors don’t understand how busy we are, how short-staffed, etc., so we can’t just turn on a dime and respond to their questions and concerns quickly.

What have I left off this list that represents a belief you have? As you can see, I have purposely left off the positive beliefs. Why? Because what I would like you to do is look at the negative beliefs you have and deal with them. If you deal with your negative beliefs about donors you will be a better major-gift officer (MGO).

Make a list right now of the beliefs you have about donors. Go ahead and include the positive ones and the negative ones. Write everything down. Don’t worry, no one will see the list so you can be honest.

Then next to each belief, write down the actions that spring from that belief. For instance, you may write “donors are too demanding.” And the actions coming out of that belief may be impatience in dealing with their requests, not being thorough in your response to their question or delaying a response because you don’t feel like dealing with it.

Or you may believe that donors are really just interested in the general cause of the organization and do not have a specific interest. Your actions coming out of that belief may be not to search for a specific interest and passion or just sending them general material.

Or you may believe that a donor really has nothing to add to how your organization operates, either in its management or the technical help you give. Your actions out of that may be not listening for the donor’s desire to be involved. It could be ignoring their input.

Just yesterday, I had a conversation with a good friend in a large Midwest nonprofit who told me that the CEO had asked a number of very competent board members and business advisors to be involved in a critical decision for the organization. She got the advice and it was unanimous. But the CEO promptly ignored the consensus of the group and did what she wanted to do. Do you think she believes that outsiders don’t really know how her nonprofit works (that she knows better), and that they really have nothing to add to her management decisions? She sure does! Pretty sad.

Your beliefs about donors in general, specifically the donors on your caseload, will drive how you treat them. Get in touch with this reality and take steps to address the negative beliefs you have. It will make you a better person and a more successful MGO.