Why Healing Transitions Is Giving Up on Giving Tuesday

In the wake of Black Friday, Small Business Saturday and Cyber Monday, there’s a lot of noise aimed directly at consumers this time of year. To channel the willingness to spend and the urge to give, many nonprofits have participated in Giving Tuesday, an annual day of charitable giving slated for the Tuesday after Thanksgiving.

At Healing Transitions, we made a move last year to shift our focus away from a formal Giving Tuesday and,  instead, work those messages and asks into our year-end campaign. We learned quickly that, no matter what day it is, you don’t have to do any fundraising effort that competes with your nonprofit’s existing endeavors — and for many, that is just what Giving Tuesday does.

We value our connection with donors, supporters and the community, so there was always a concern about oversaturating our audience, particularly more serious-minded supporters who may be exhausted by the consumerism of made-up holidays like Cyber Monday. As a capitalistic culture, we’ve outdone ourselves in this area. Healing Transitions was glad to take a step back from that approach.

Our supporters don’t go unseen or uncontacted throughout the holidays — quite the opposite. As many other nonprofits do, we send thousands of handwritten holiday cards that require our team’s time and attention. We and others are also planning 2020 themes, direct mail appeals, social campaigns and more. Should we try to track down donors to have them donate again at the end of the year? Is it worth taking our eyes off other tasks? 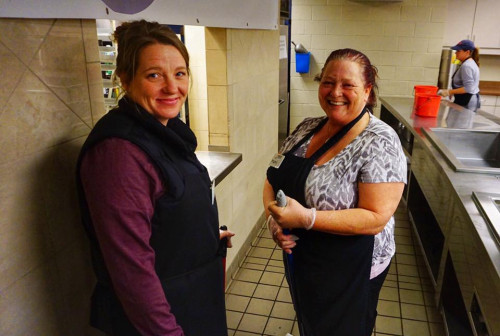 Because Giving Tuesday comes on the heels of Black Friday, the biggest shopping day of the year, nonprofits often feel compelled to participate, not wanting to be left out of the holiday budgets or giving spirits of their communities. It takes significant internal resources to make a Giving Tuesday plan on top of everything else, though, and stepping back has allowed our staff to enjoy a bit of extra time with their families before the end-of-year rush begins.

This year, Healing Transitions wrapped a major fundraiser in late fall and will host a holiday open house later this month; both have seen great turn-out in years past. In short, our dance-card was full, which cemented our decision for the fateful fundraising week after Thanksgiving.

Instead of jumping on-board with Giving Tuesday in a traditional sense, wherein we’d ask our community to support us, last year, we offered our staff time to volunteer with community partners, turning the idea on its head. We, as a nonprofit, gave BACK that Tuesday by serving others.

Our team rotated their hours of service, so Healing Transitions’ work continued uninterrupted; a dozen employees participated to serve a local food bank, pay-what-you-can café and storefront for recycled furnishings. In addition to demonstrating our support and paying our partners back in kind, the photographs we took garnered positive feedback on Facebook for months.

Using the time and care we’d have spent on Giving Tuesday to support our community partners boosted morale internally and beyond. We learned it’s ok to say no to another good thing or to try it in a different way. Healing Transitions hopes to pave the way for other nonprofits, giving them the freedom to try something that suits their own resources and goals.

A culture where you can innovate in this way — that’s a powerful thing for a nonprofit. We’ve used that kind of thinking to fuel our Voices from the Village podcast and in our year-end campaign, where we’re telling a single story through different lenses (the child, parent, friend and spouse of someone in recovery) rather than following the template of multiple single-viewpoint stories of recovery.

Some may worry about missing fundraising opportunities by not capitalizing on Giving Tuesday, but it barely came up for us, which reaffirmed our team’s belief that no one was waiting beside their inbox for our message. It’s a busy time of year for end-of-year grants, reports and fundraising deadlines; this was a smart decision that allowed us to focus elsewhere. 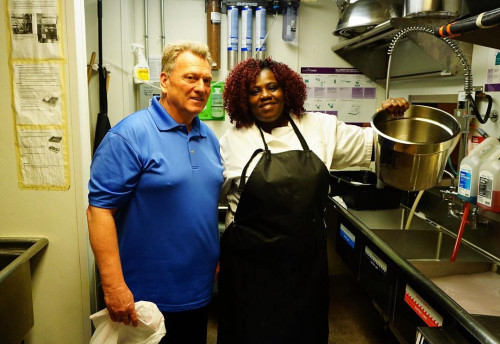 Without a doubt, people feel generous and grateful during this time of year, and they want to give back. As the end of our fiscal year approaches, we want to close any gaps and raise the most money in Q4. As illogical as it may seem, not overloading our donors about Giving Tuesday frees up internal bandwidth and external goodwill for end-of-year outreach efforts. Perhaps, in years when Thanksgiving and Giving Tuesday fall earlier, it wouldn’t feel like such a crunch. This year, though, we encourage you to keep your eyes on the prize — for us, that wasn’t Giving Tuesday.

Our board members reach out to major donors annually, typically those who’ve given $1,000 or more, by phone or direct email. This tactic has worked well for us by building the kind of personal relationships you can’t develop in corporate giving where contacts change often. It’s also not the kind of warm fuzzies generated by a blanket Giving Tuesday campaign email; appreciated donors are more engaged and more likely to give again.

We believe each nonprofit should move whole-heartedly through a fundraising strategy that suits its needs best, but we encourage others to consider our approach. It’s possible not to do Giving Tuesday without seeming like a Grinch. In fact, it may just be the break your staff and supporters need to feel energized and generous for a final, end-of-year ask.

Whatever you decide, we wish you lots of giving and all the best this holiday season.

Chris Budnick, MSW, LCSW, LCAS, CCS is the executive director at Healing Transitions and has been working in the addiction treatment and recovery field since 1993. Chris became a Certified Substance Abuse Counselor in 1998. He graduated from East Carolina University in 2000 with a Master of Social Work. He has been fully licensed as a Licensed Clinical Addiction Specialist since 2001; a Licensed Clinical Social Worker since 2002; and a Clinical Certified Supervisor since 2003. He was an intern from 1999 to 2000 with Healing Transitions and has been employed with them since 2000.

Chris has been an adjunct instructor with the North Carolina State University Department of Social Work since 2002, and has served on their Advisory Board since 2003, serving as chair on two different occasions. He also serves on the Recovery Africa Board.

Chris has conducted training and presentations nationally and internationally. Some of his most rewarding work has been collaborating with Mr. William White and Mr. Boyd Pickard on the history of mutual aid recovery fellowships.