Engage for Good has been conducting this study bi-annually since 2012. While there was a drop in the number of campaigns between 2014 and 2016, the amount of dollars raised in 2016 significantly trumps dollars raised in 2014—nearly $20 million. These results are noteworthy considering “the turmoil in brick-and-mortar retail, the channel responsible for the lion’s share of checkout fundraising dollars. Announcements of store closings and precipitous sales decreases are commonplace among department stores, clothing retailers and big box chains.”

Researchers believe that the “refusal of some companies and charities that had 2014 programs on the list to share 2016 results has left to an underreporting of campaign declines.” However, industry professionals believe the No. 1 reason for decreases in dollars raised is due to the changing retail environment and the increased pressure to deliver sales. 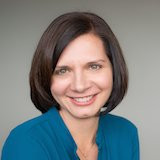 We interviewed Megan Strand, communication director of Engage for Good, and this is what she had to say about the increase in fundraising dollars from 2014 to 2016:

“We do as much research as possible, but we know there are campaigns out there that we aren’t finding. I believe there are nine campaigns that we didn’t have in our list from the last time around, so that can account for part of it. Another part of it is that most of these campaigns were up. A handful of them were down, but a lot of them were up in terms of fundraising dollars.”

Should incentives be used to encourage consumers to make a donation? There’s an ongoing debate about this amongst industry professionals. Approximately 40 percent of the study’s participants said that they used an incentive to encourage donations. Some examples include bonus loyalty points, coupon books, plastic bracelets and early access to Black Friday deals.

Think back to the last time you went to the grocery store to do your weekly food shopping. If you paid with a credit or debit card, were you prompted to donate $1, $3 or $5 to X charity at the electronic checkout system?

The report goes into detail about some other best practices for point-of-sale fundraising, which include employee education, going local, visibly demonstrating impact, omnichannel integration, leadership involvement and saying "thank you." Read more about these best practices, along with the whole report here.

“The local piece is something we’ve seen in more recent years. Children’s Miracle Network is one of the largest fundraisers, and they learned relatively early on that if they named the local children’s hospital and specifically changed their collateral materials so a local retailer was supporting a local children’s hospital, people were more willing to donate, because it’s staying in their backyard,” Strand said.

Here are the top five retail checkout champions in 2016:

The future of charity checkout is bright for retailers and nonprofits that are continuing to evolve their programs. And while the way consumers engage with retailers is changing, “doing good in the world is becoming a higher priority for consumers and employees.”

“What I hope to see is more online point-of-sale donations, and retailers doing these types of programs. Part of that comes from charities being savvy enough to find out who those online retailers might be—showing them the benefit of these programs and trying to integrate themselves with the online retailer as well,” Stand said.

How To Make Your Capital Campaign Less Risky