Senate Approves GOP Tax Plan (and How This Affects Nonprofits)

This article has been updated to include insights from Katie Leonberger.

In the early hours of Dec. 20, the Senate passed the Republican tax overhaul bill, the long-anticipated tax proposal that could threaten the state of the nonprofit sector, winning by 51 to 48. But due to a few “technical changes” to the bill, the House took another vote on it Wednesday, which was given the green light. Once passed, the legislation will make its way to President Donald J. Trump’s desk, where he is slated to sign it into law.

So if the House passes the “Tax Cuts and Jobs Act,” when will the new tax bill go into effect? Fortune says that some of the tax bill’s impact will start in the beginning of 2018, but some of the bill’s elements will be effective in 2019 or later.

How Will Nonprofits Be Affected By the New Tax Reform?

There are many implications of the new tax bill, which National Council of Nonprofits has detailed here. Some of the key ones are:

“The consequences of the tax bill will be devastating to the millions of people around the country who rely on charitable nonprofits for everything from food and shelter to faith-based sanctuaries and job training, to a safe place to escape domestic abuse and enrichment through the arts. With even more spending cuts for services people rely on coming shortly, organizations that already have been stretched too far to continue to provide services to an ever-growing number of people with ever-shrinking budgets are simply going to have to turn people away, discontinue vital programs and even close their doors entirely. All of these are the foreseeable results of a bill that fails to look past the short-term ‘win’ of cutting taxes to recognize the very high price the public will be expected to pay.” — Tim Delaney, CEO of National Council of Nonprofits, said in a statement.

In an interview with NonProfit PRO, Katie Leonberger, CEO of Community Resource Exchange (CRE), says that the implications to nonprofits can be dependent on whether the organization's funding comes from government funding at federal, state or local level, or whether its funding comes from foundations and individual supporters, who may increase their giving in the short-term. 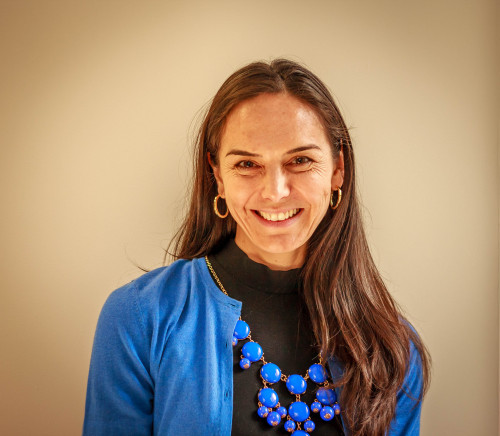 "The implications will be dire for nonprofits under this tax bill: It is no longer business as usual, and we need to face this. While it is almost impossible to predict exactly where this will all land at the moment, we have one client who is predicting they will be unable to serve over one third of their current clients to the extent they are now—or at all. On a larger scale and for the the sector as a whole, this kind of tax bill is generation defining. It’s going to cause a really major change to the social safety net in this country, which means it’s now more important than ever to make sure your nonprofit has a clear picture of the risks and opportunities it faces." — Katie Leonberger, CEO of CRE

What Nonprofits Can Do to Prepare

As we mentioned earlier, the impact of this tax bill on nonprofits will depend on where the organization is receiving the bulk of its revenue from. In preparation for the passing on the tax bill, Leonberger recommends three things:

Leonberger also advises that nonprofits take a risk assessment for the organization, because by doing so, nonprofits will be able to identify where they are vulnerable.

"Identifying where you are most vulnerable allows you where to start making plans now for what you will do if the events you’ve identified come to pass and for what new needs or opportunities you want to meet. Doing so means that, regardless of where the world goes over the next few months, years and beyond, your organization is well placed to make the best decision." — Leonberger

Finally, this is an important opportunity to listen to your community, so you can understand what this tax bill and potential cuts could mean. Leonberger believes that this will keep you connected, in conversation and more able to make changes that the community needs as they arise.

The passing of the proposed tax bill no doubt will have some significant implications on our nonprofit sector. What are your thoughts on the tax bill?

The 5 Building Blocks of Successful Advocacy

Getting Your Email Delivered

Engage Conference Spotlight: 'The Biggest Sin Is Doing Nothing'

Engage Conference Spotlight: 'Don't Be Afraid to Bark At and Chase the Big Dogs'