WASHINGTON—While the sun was shining bright on this beautiful February day, leaders in the nonprofit sector from across the country gathered in the historic city of D.C. to attend the DMA Nonprofit Federation Conference. Keynote Speaker Mara Liasson kicked off the conference with a comical, yet enlightening, presentation on Donald J. Trump’s first 30 days as president—what has happened and our country's enigmatic future. 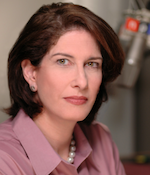 As many of you may already know, Liasson is the national political correspondent for NPR. She is well known for covering six presidential elections (1992, 1996, 2000, 2004, 2008 and 2012) and for being NPR’s White House correspondent for the entire Clinton administration.

To begin her presentation, Liasson asked the audience, “What's the difference between disruption and innovation? In other words, does disruption mean innovation, which I think everyone would want it to mean, or does it mean chaos?” These questions laid out the theme for her presentation. When looking at Trump’s administration, I think it's safe to say that it's unpredictable, and no one is really sure which direction it's headed.

“I do think that there have been a lot of errors in the first month, and it has been chaotic—whether it was the firing of Mike Flynn, tweeting about the Swedish refugee incident that didn't exist, calling the press the enemy of the people, going after leakers. For journalists, it's much like drinking from a fire hose, and my job is to separate the important from the merely outrageous. There are some things that are consequential and important, and there are other things that are just extraordinary and you can talk about them all day long because it’s great fodder for Saturday Night Live,” Liasson said.

According to Liasson, Trump—like all presidents before him—is as transparent as they come because he is doing what he said he was going to do during his campaign. As a conservative Republican president, tax reform, regulation—getting rid of Obamacare and nominating Neil Gorsuch—are things that many Republican presidents would do, so Trump’s actions are not “norm-busting” moves.

One of Trump's biggest disruptions is foreign policy, Liasson noted. His ideology is “America first,” and he dismisses the fact that alliances and multi-lateral trade deals are the economic and national security for the U.S.

Here’s what she had to say about Trump’s ideology on foreign policy:

“[Trump] has really broken the bipartisan consensus on foreign policy that has existed for 70 years. He kind of has signaled the end of America as an idea. He's waving more equivalence between Russia [and America.] He has this kind of bromance going on with Vladimir Putin, and he's talked about America as victims of other countries, including our poor, smaller, weaker neighbor to the south, Mexico, who has beaten us to pulp, which is kind of a new way of thinking about the world's greatest superpower and the world's only democratic superpower. And he tends to see foreign policy in more transactional terms and not so much about representing democratic values around the world as America has done and has believed it had to do for many years. He feels we are being ripped off. In other words, we do better when we write the rules of international trade or international security. We don't want China and Russia to write them.”

Yes, Trump has broken rules and is a disruptor, but Liasson predicts that in the end he will be judged by traditional metrics—did he bring jobs back, did he make America safer, did he raise America’s standard of living, is he giving the children of America the opportunity to better themselves—because those metrics are how every president before him has been evaluated by. While his presidency has been considered and described as “chaotic” thus far, it’s too early in the game to tell where our country will be in 2020.

Hang tight, folks. We’re in for a ride.

The NonProfit Voice Ep 74: How to Use Influencers to Gain Awareness on Social Media

The Philanthropic Side of Elvis Presley
Comments
Subscribe
Find Resources