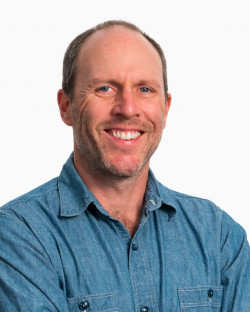 GoFundMe acquired Classy on Jan. 13 in the third major acquisition announcement of 2022 (following Blackbaud’s acquisition of EVERFI and private-equity firm Apax’s Network for Good addition). On a day full of client calls regarding the news, Classy CEO Chris Himes chatted with NonProfit PRO about the deal, potential new features — like tying crowdfunding campaigns to nonprofit causes, evolving workplace giving and gathering donor preferences — and the future of nonprofit technology.

This interview has been edited for length and clarity.

NonProfit PRO: So, how did this deal come about and did GoFundMe approach you?

Chris Himes: Yep, they did. We sort of weren't for sale. We had been exploring ways to build a partnership with GoFundMe. We had a ton of respect for their platform, the incredible scale at which they operated and the impact that they had — also the expertise that they had in the space of giving. We were really interested in actually some of the things we'll do now after the merger, like presenting nonprofits' fundraising campaigns to the fundraisers and donors of individual GoFundMe campaigns when they're relevant.

Maybe crisis response and relief, for example, or you might see folks raising money for a memorial because they've suffered a death in the family due to cancer. Then you might want to obviously help support them financially, but also contribute to research for a cure for cancer. So things like that just felt so profoundly interesting to us, and that was before we even got into some of the more advanced things, which I can talk about, but that's kind of how it unfolded.

We built friendships. The early ties of the organization were established, because Classy and GoFundMe were founded a few miles from each other around the same time. Off and on, the ties have remained, and the CEO has become a friend of mine and is someone I think is brilliant. I also love their broader team, and I think that feeling's mutual.

NPP: When you mentioned the “advanced things,” what were you referring to there?

CH: So, we think there are lots of opportunities to transform workplace giving. There are some tools out there for workplace giving, but most of them are old, and when an employer buys them and gives them to the employees, the employees just want to do a volunteer event and start a GoFundMe. So at the same time, that's disempowering to the employer, because the employer wants to know all the impact that their employees are having in the community. They want to potentially match donations, and they want to just have a sense of what's going on and encourage it. So, we actually think there's a really interesting combination of the consumer-grade reach and power of GoFundMe. It's brand recognition with people who are employees somewhere, and then our ability to do business tooling around dashboards, analytics, admin privileges and corporate matching partnerships.

We also think, can we empower the donor to state her preferences, the cause category she cares about? Whether she likes to attend in-person events, whether she likes to be a recurring donor, the split that she likes to allocate to direct assistance to people in need versus funding organizations that go more to the root cause of society's problems — that stuff is just incredibly interesting to us.

NPP: Let's hop back to how these platforms now are going to work in tandem. What type of impact do you think nonprofits can expect in regards to the pairing and opening the door to new donors via GoFundMe?

CH: Yep, I mean, the first thing that's worth stating is nothing goes away. We were not for sale, and so we chose the situation carefully and made sure that GoFundMe's commitment to the nonprofit space via Classy was absolute and for the duration. So, we will retain the largest engineering team in fundraising software. Twenty-one small engineering teams will have the same roadmap they had before. What we will also do is start new teams to invest in some of the more visionary product developments that we talked about.

We're really excited about an increased ability to search for campaigns based on what you care about. To not only say what you're about as a donor, but to reactively say, "I'm interested in this today," and to find recommendations, almost like Google organizes the world's information to say, "Well, how about this? Was this helpful?"

NPP: Is there one aspect of working with GoFundMe that you're most excited about?

CH: Well, I love the fact that they are entirely focused on giving like we are. This is not selling to just any old software company or to a financial institution, like a private equity firm. This is not financial engineering. This is all about strategy and their approach is what I care about. This deal was about vision and about change for the better, and most acquisitions actually aren't. They're about consolidating a powerful position in the marketplace, cross-selling opportunities, economies of scale, layoffs, costs. That's what a lot of M&A out there is.

There's not a single layoff. This is about growth and investment in the sector, investment in giving — and that's probably my favorite thing, but that came from the people who run it. Our entire management team stays in place. I do get a manager, which I'll have to get used to. Almost everybody at Classy will just report to and work with the same people they always did, and focus on the same customers they always have.

NPP: In terms of all of these features, how soon after the deal closes can nonprofits expect to see these roll out?

CH: I don't think we know yet. We just signed the merger agreement on the sixth and the deal won't close for 60 to 90 days. If I had to guess, I'd see some co-mingling of institutional and individual crisis-related campaigns fairly soon, then I'd see the workplace giving advancements a bit farther out. Then I think it's going to take some time to take really massive pools of data and figure out how to index them for cause, category and do some of those things, but I think that'll come. Work will begin right away, and we can actually share selective updates with customers fairly soon. In terms of when things will hit the market, it's too early to tell. The engineering teams need to spend time working on that and they haven't really started.

I spoke with our largest customer, and they were really supportive and kind of floored by this vision because it sort of changes the game for them and allows them to think about accessing a whole lot of people who have never come into contact with them.

This isn't the customer, but we work with the Leukemia & Lymphoma Society, and I had a call with one of their executives, and, after it, I looked up how many GoFundMe campaigns had the word “leukemia” in them, and it was over 44,000. I just thought, "I wonder if LLS has met all of the people who are connected to all of those campaigns?" The answer is of course not, not even a small fraction.

But you think about the power and reach of GoFundMe, which has incredible brand recognition and utilization — it's really part of our cultural fabric — and all the lives it can touch, and then just make a respectful, timely introduction of a 501(c)(3) and their mission to the right people at the right time. It'd just be insanely powerful.

We think all the time about how do you remove friction from giving and make it more rewarding? Because if you do those things, shouldn't we be more charitable than 2% of GDP? Don't some of those answers actually live probably in technology? Ease, exchange of information, search and discovery, payment methods you most favor — that's what this is about, and I think it accelerates everything we care about.

NPP: Outside of this deal, there were already two other big nonprofit tech acquisitions this year. So, what insight do you have on the future of tech and how that will look in the nonprofit space in general?

It's probably right from an industrial landscape lens. If you're a customer, I don't know how happy you are about consolidation that actually changes your stack, that changes your experience. What I love about this deal — and actually what was essential to even make it possible — is GoFundMe doesn't do what we do at all. They're incredibly complementary to what we do, but we need to keep doing everything that Classy does all day, every day for this to even work.

So, our largest customer asked, “What changes for us?” I said, "Honestly, nothing. In time, we will present you with new avenues for donor acquisition, new marketing channels, new ideas.” Nothing will get worse."