SAN FRANCISCO—One of the many perks of my incredible job is the opportunity to attend conferences, where I meet and hear from some pretty inspirational people. Yesterday was the first day of the Association of Fundraising Professionals’ International Fundraising Conference, and it started off with the bang. 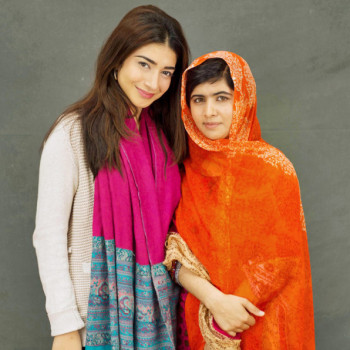 I’m sure you have all heard of Malala Yousafzai, the young Pakistani female activist and Noble Prize laureate who was shot in the head by a member of the Taliban for advocating the education for women. Miraculously, she survived the fatal incident with no brain damage. At this year’s conference, we were graced by the presence of Yousafzai’s mentor and the founder of the Malala Fund, Shiza Shahid. She delivered a powerful talk on growth, self-discovery and innovation that brought tears of happiness, sadness and laughter to our eyes.

Shahid has always had a strong passion for social impact. As a young girl living in Pakistan, she volunteered her time at local nonprofits. Eventually, she applied for college in the U.S. and received a full ride to Stanford University. While her classmates aspired to be entrepreneurs, creating different apps such as food and laundry delivery services, Shahid saw different plans for herself—plans to change the world.

In 2009, the Taliban had destroyed schools for girls in Pakistan and prohibited them from receiving an education. Only a sophomore in college at that time, Shahid stepped in and spent her summer that year organizing a camp in Islamabad for a group of young girls, one of which was Malala.

After graduation, she landed a job at McKinsey & Company, a well known and highly recognized consulting firm in California. But after just one year at the company, Shahid immediately left at the news of Yousafzai’s hospitalization, so she could be at her side. It was then she founded the Malala Fund.

Here’s what she had to say about finding her role in the global justice movement:

“There are certain moments when you have to decide who you are. This is true in your careers, in your values and in your relationships. In those moments, make that decision in your heart.” — Shiza Shahib

In 2016, Shahid has partnered up with AngelList to start NOW Ventures, a mission-driven ventures fund and platform. She is a true example of hard work and perseverance, which is why she is more than fitting role model for young girls and boys. She believes that people should never doubt their ability to become anything, achieve anything, overcome anything and inspire everything.

“You are all role models and change makers, and you recognize that your work is far from done. If your children are to live in a world that is safe, equitable and free, this role that we play as leaders of our time is a great privilege, but it’s also a great responsibility." — Shiza Shahid