A direct-mail appeal spreads the word to Catholics about their brethren in need.

Catholic Extension, also known as Catholic Church Extension Society, was founded in 1905 in Chicago. It raises money to support and strengthen poor Catholic mission dioceses across the U.S.

Much of that story is told inside this direct-mail effort. But it’s the appearance of the Holy Father, the head of the Roman Catholic Church, that immediately attracts attention on the outer.

A photo of a smiling Pope Francis dominates the entire face of the No. 10 envelope. Besides him is a quote laying out a positive directive. “[W]e need to see the light of hope and to be men and women who bring hope to others.”

Making an association to a pope, especially a popular one, may seem like a shrewd move for a Catholic group. And, in this instance, it’s also an appropriate one. It was established by papal approval and operates under his protection and guidance.

However, the eight-page letter inside tells stories that define its mission in a different way.

It begins with Father John Wall, the society’s president, recounting his background. A longtime parish priest, he was directed by Rome to “help rebuild and expand our Catholic faith.”

“I didn’t know much about missions in America,” he admits. 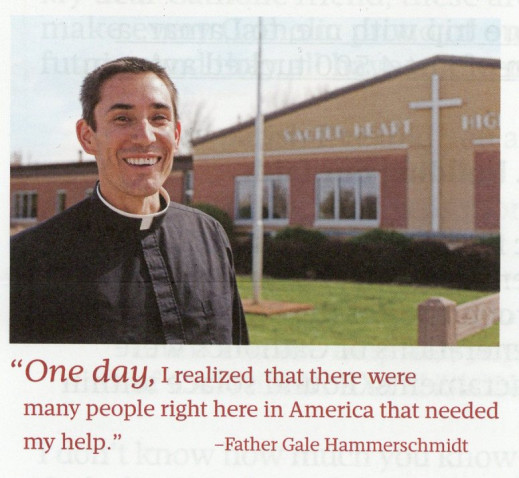 He spends the rest of the letter introducing the work of missionaries serving communities across the country. Like him, they overcame assumptions they had about the physical and spiritual needs of the faithful they serve.

“[W]e see hope and possibility,” he says on page seven. Here he makes his first ask. Besides a donation, also asks for prayers. And he welcomes contributors to make prayer requests of their own on the reply slip.

You can get the entire picture by downloading a free PDF of this direct mail package, courtesy of the NonProfit PRO Marketing Intelligence Center.

The Takeaway
Focus your appeal on your message, not the messengers.

Have You Tested These 5 Assumptions Lately?