Trump Wants to Repeal the Johnson Amendment: What Nonprofits Need to Know

As you may have heard by now, President Donald J. Trump announced he wants to repeal the Johnson Amendment. During the National Prayer Breakfast in Washington on Feb. 2, Trump called the amendment an impingement on Americans’ right to worship according to their beliefs (although, if we may point out, he is also trying to pass an executive order against immigration targeted at those of Muslim faith, but that's another story).

If one thing is clear, it’s that Trump is targeting the Johnson Amendment—or that he’s trying to further validate that he deserves this presidency. But really, this all looks like a well-thought out plot for him to secure his presidential seat in 2020. Either way, it’s a thing, and Trump is seemingly on the move.

During the breakfast, Trump made the following proclamation to a room full of religious leaders:

“Freedom of religion is a sacred right, but it is also a right under threat all around us. That is why I will get rid of and totally destroy the Johnson Amendment and allow our representatives of faith to speak freely and without fear of retribution.”

But is it that easy? The Johnson Amendment has been around since 1954, so its removal will have to involve an act from Congress.

If this is your first time hearing about the Johnson Amendment or if you’re slightly confused on what it exactly is, here is some information:

Here’s the formal definition according to IRS.gov:

But this raises a question. How strict is the IRS on enforcing this law? Apparently… not that strict. NPR reported that the Alliance Defending Freedom has been organizing “Pulpit Freedom Sunday,” a movement that has been encouraging pastors to give political sermons in defiance of the law since 2008. In addition, The Washington Post reported that more than 2,000 Christian clergies have challenged this law (with only one audited by the IRS), but none received any repercussions for their actions.

How This Will Affect Nonprofits?

Let’s get down to the nitty gritty, shall we? And seriously, let’s face it—Trump’s decisions thus far have affected our sector one way or another. Just think of recent events—the order to defund organizations that support abortion and the order against immigration, which has been blocked by the federal appeals court (for now).

If Trump is successful in repealing the Johnson Amendment, the nonprofit sector will face a heavy burden. The beauty is the Johnson Amendment has been protecting nonprofits from politicians for over 60 years by keeping these organizations nonpartisan, but with its removal, the floodgates would open, and political candidates will begin knocking on the doors of nonprofits seeking endorsements for their campaign. And then the inevitable happens: a nonprofit will be labeled as a Republican or Democratic, which could put its overall mission at risk because the public would be blindsided by an organization’s political association to see the big picture—that they exist to promote the greater good and not to publicize themselves for any political campaign.

We spoke with Tim Delaney, president and CEO of the National Council of Nonprofits, who had this to say about Trump “totally destroying” the Johnson Amendment: 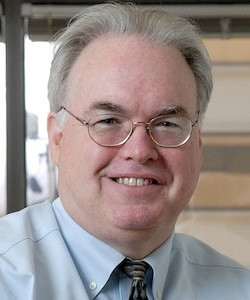 “The idea of having politicians and paid political operatives approaching every nonprofit, every church, every foundation and every synagogue, mosque and other religious congregation—asking for political contributions, asking for endorsements, asking to use their facilities, asking to host fundraising events, asking all sorts of things—would divert our attention from being community problem solvers to instead being weaponized to help political candidates. That’s not what we were set up to do, and many churches and religious groups have taken strong opposition to this proposal.”

He pointed out that organizations such as The Interfaith Alliance and the Council on Foundations have spoken out against this because these organizations understand how this amendment has helped protect communities.

“Changing [the amendment], weakening it, removing it, totally destroying it would harm our ability to serve people in our local communities,” Delaney said.

Trump’s announcement only happened earlier this month, so it has a long way to go before anything is set in stone. He has not yet announced how he plans on eradicating it, only that he doesn’t want it to exist. But since then, nonprofit leaders have been putting their heads together, taking firm positions and deliberating.

Although it’s too soon to tell what Trump’s plans are, Delaney advises nonprofits to take a neutral position if the Johnson Amendment does get repealed. But that may be tricky because anyone who has been around politicians knows that politicians are persistent, and if they can’t get one person of the organization to endorse them, they will find someone else who will.

“And why would politicians want to do this? Because they recognize that the public trusts us. If you are a name brand nonprofit, they want to make sure you are endorsing them, so the whole world can see they can be trusted too. Work that through another few election cycles and all of sudden people will not trust those nonprofits anymore because they will associate them with politics,” Delaney said.

An oversight is that many believe that this repeal will only affect churches—nope. If this repeal were to be set in motion, it would affect our sector more than some may think. It’s time to for us to gear up and prepare for what lies ahead.

“We may stumble and fall, but shall rise again; it should be enough if we did not run away from the battle.” — Ghandi

If you are looking for additional resources on the matter, here are a few articles that the National Council of Nonprofits has published on the topic: