The Red Nose Day USA campaign is an initiative that started back in 2015 by Comic Relief US, a nonprofit organization that makes grants to charitable organizations that support people living in poverty across the globe. 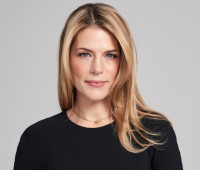 The idea of Red Nose Day is driven by positive change through the power of entertainment. To date, the annual campaign has raised more than $200 million to help fight against child poverty and has positively impacted more than 25 million children in the world. To help raise funds for Red Nose Day, Comic Relief works with its core partners — NBC, Walgreens and Mars — with a remit of keeping children safe, healthy and educated while also having a mission to end child poverty.

“Those funds are primarily raised in April and May. That’s the lion’s share of the activity, but we have now kind of launched what is more of a 365 Red Nose Day. While it talks about one day, the day is every day that we’re keeping children safe, healthy and educated,” Alison Moore, CEO of Comic Relief US, told NonProfit PRO in an exclusive interview.

Those interested in donating to the campaign can do so by buying a red nose at Walgreens, fundraising with family and friends, or donating when watching Red Nose Day programming on NBC. The funds raised by the campaign will then go into the Red Nose Day Fund and be issued as grants to a number of charities in Comic Relief’s portfolio that work to support those living in poverty, which include organizations such as Covenant House, City Year, Feeding America, International Rescue Committee, Save the Children and many more, according to Moore. 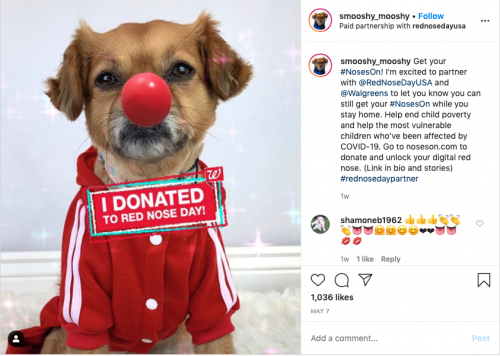 “I'm monitoring the work that [these organizations are] doing, ensuring that it's touching children along the issues that we oversee, and then providing that support and convening, if you will, to find out how we all learn from each other about managing against those issues, but then also in some ways ensuring the accountability of those dollars. We stay pretty close on both sides — we stay really close on the campaign, and we stay really close on the activation of those dollars,” she said.

This year, in light of everything that has been going on with COVID-19, Red Nose Day is going digital on May 21. The iconic red noses will not be sold at Walgreens this year. Now, those who want to participate in this year’s campaign can donate to unlock a digital version of its red nose. Supporters can go to NosesOn to unlock their digital red nose and share their #NosesOn selfies on social media.

“For five years, Red Nose Day has tapped into the power of laughter, engagement and entertainment to bring Americans together to change the stories of millions of children in need,” Moore said in a press release. “We’re thrilled, in partnership with Walgreens, to have been able to launch the first digital red noses, continuing to give people an easy way to come together and show their support for vulnerable children. Millions of children in need here and around the world are suffering from the devastating impacts of COVID-19 — this may just be our most important Red Nose Day yet.”