Anatomy of a Direct Mail Control: Museum of the American Revolution

A new museum uses direct mail to inspire patriotism in the hearts and minds of donors. 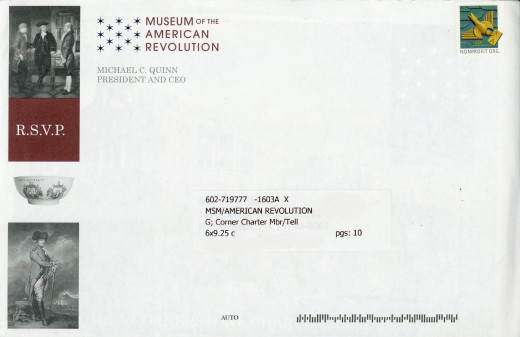 This past Wednesday marked the anniversary of when the first shots of the Revolutionary War were fired in 1775. It also saw the grand opening of the Museum of the American Revolution in historic Philadelphia. It is the first museum dedicated to telling the “rich story” of the war.

The institution began life as the American Revolution Center at Valley Forge. Skirmishes over its proposed location led to a site change in 2010.

As construction got underway, fundraising picked up as well. Some of its direct-mail packages over the last 2 years or so have included maps and postcards to prod people to donate. But this effort, in the mail since early 2015, relies almost entirely on the power of words to make its case for membership.

The front of the outer envelope shows several images running down the left side. All represent items that are part of the collection of artifacts in the museum’s collection.

The four-page letter inside, though, makes it clear that the museum is not about items in an exhibit. Rather, it’s about individual fragments that form a larger story that’s never been seen before.

It mentions events and people that played a role in the nation’s birth, like the Boston Tea Party, the Oneida Indian Nation and the printing of the Declaration of Independence. The purpose behind “bringing our shared history to life,” the letter says, “is to celebrate the legacy that binds us together.” 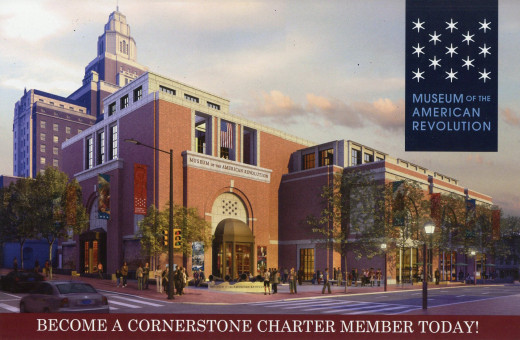 This direct-mail effort also includes a three-panel brochure. It sprinkles quotes from icons like George Washington and Patrick Henry among views of membership premiums, historical artifacts, and a small map of its location.

You can get the complete picture of how the museum promotes membership by downloading a free PDF of this direct mail package, courtesy of the NonProfit PRO Marketing Intelligence Center.

The Takeaway
An appeal to a higher value can motivate people to discover the history and values we have in common.