An organization founded by film lovers uses direct mail to expand its community and fund its mission.

The American Film Institute began as the result of a presidential mandate in 1967. Since then, it has worked to preserve the legacy of American cinema, honor its artists and train future generations of filmmakers.

This membership effort relies heavily on elements representing some of the best-known objects from the film world to get the film buff’s attention. For example, the front of the No. 10 envelope uses a border that makes it look like a movie theater ticket.

The effort banks on the assumption that the prospect is a movie-goer, starting with the envelope’s teaser: “Because you love the movies …” Inside, the four-page letter picks up the theme. While noting the strong role of film in American culture, it also puts the focus elsewhere. “We also celebrate YOU … because movies wouldn’t exist without you,” it admits.

The letter goes on to describe how members make the group’s efforts possible, from saving historic materials to providing a showcase for great films and filmmakers. Membership is also presented as the means of funding the future of cinema through programs like its Conservatory and a training program for women directors.“[C]onsider it an investment in the future of the innovative, inspiring and entertaining films you love” it says. 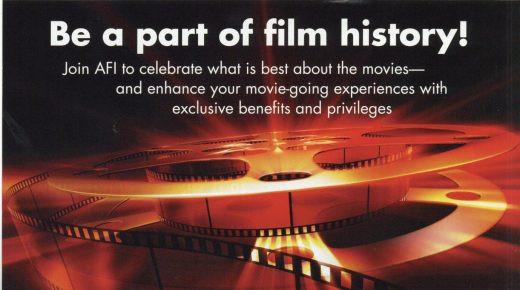 A folded insert invites the prospect to “Be a part of film history!” Another movie-related graphic appears on the front panel: an unspooling film. Inside, a chart opens up to break down the benefits of membership at various levels.

And another insert includes three testimonials to bolster the appeal. Its vertical borders are styled with a pattern that resembles the perforations on a piece of film.

The Takeaway
A few visual cues don’t have to be overwhelming to be effective in setting the mood.

The Business Case to Support Arts and Cultural Organizations