Heartbreaking questions and images have the power to motivate action, as this direct-mail membership appeal shows. 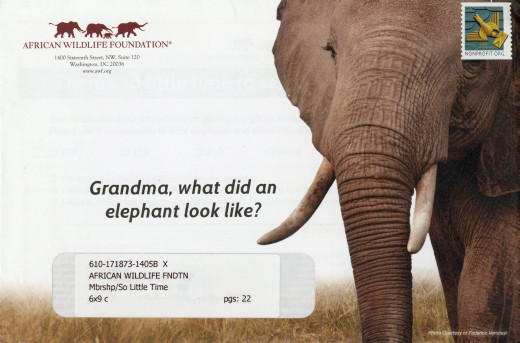 Rousing anger at the destruction of animal species has been the key to membership appeals from the African Wildlife Foundation. Different versions of its long-term control focus on the decline of elephant populations due to poaching, habitat loss and hunting.

This campaign, though, takes a different tack. And it starts by posing a question.

The outer envelope teaser: “Grandma, what did an elephant look like?” On its own, a question can be effective. But next to a hero image of an elephant, it resonates even more.

The two-page letter inside repeats the question in its Johnson Box. From there, the guilt-inducing language continues. “How would you explain an elephant to your child or grandchild if elephants no longer roamed the lands of Africa?”

Using one- and two-sentence paragraphs, the letter paints a dire picture if “people who care enough” don’t become members. It talks about the loss of other species in a “chain of extinction.”

But the letter says, “you can break that chain by supporting solutions.” Much of the second page explains, in general terms, the group’s programs that help the people of Africa and save animals. 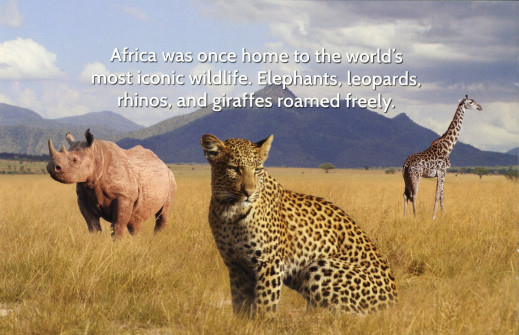 To reinforce its initial argument, the mail package includes a booklet with pictures of African wildlife. Over the course of its 16 pages, the animals slowly disappear from the landscape. Minimal copy appears, letting the images make the point.

You can see how the organization enlists donors in its cause by downloading a free PDF of this direct-mail package, courtesy of the NonProfit PRO Marketing Intelligence Center.

The Takeaway
Be careful asking questions in your direct mail. Make sure that the donor feels empowered, or at least get some answers.

Is Your Philanthropic Support Going to the Dogs?

Anatomy of a Mail Control: Friends of the Earth