Paving the Way: Nonprofit Professional of the Year 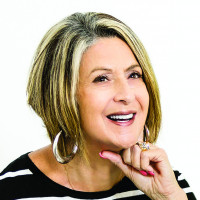 Founder and Executive Director
No Time for Poverty

Back in 2004, Michele Boston was at the height of her career. She was a CEO for Boston Health Care System, was previously was a director for Children Services in Illinois and was an associate professor at William Mitchell College of Law, where she taught mental health law. She also ran her own private law firm for many years.

Everything changed when she and her husband, Jeff, visited their friend who had started a school in Haiti that year. While there, Boston visited local Haitian communities and spent time with the people in those communities. It was then that she realized she was destined to do so much more.

It was around that time that she and her husband founded No Time for Poverty—they bought a house in the southern region of Haiti, worked alongside with the community, listened to the people’s needs and, eventually, built a pediatric health facility in Port Salul to address the needs of children who are malnourished called Klinik Timoun Nou Yo.

The only pediatric health clinic in the southern region of Haiti, Klinik Timoun Nou Yo has one of the largest malnutrition programs in the country with 39 employed medical and administrative staff who are dedicated to creating a health program providing a malnutrition program, primary and urgent care services, a baby program for vaccinations and a breastfeeding clinic.

“Michele measures success by the value that the children, parents and guardians feel when they walk into the clinic. Each child, each mother and each person who comes to the clinic is given the best treatment and treated with the utmost care,” Colleen Youso, development director of No Time for Poverty said. “Michele believes that by focusing on one region and providing quality pediatric care, you will create a path for a new generation to eradicate poverty from their community.”

Since Boston established Klinik Timoun Nou Yo, the mortality rate in the southern region of Haiti has decreased. To date, the clinic has seen over 48,000 children. In 2017 alone, there have been over 300 children who have graduated from the clinic’s malnutrition program.

The road to solving the malnutrition problem in Haiti is long and full of hardships, but one that Boston understands as she continues to strive to give the best care, one child at a time. 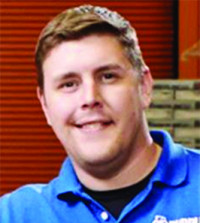 Dale Beatty was a staff sergeant in the Army
National Guard. In 2004, he was deployed to Iraq in support of Operation Iraqi Freedom. He suffered severe injuries due to anti-tank mines that ripped apart his vehicle, causing a massive explosion and leaving him a double amputee below the knees.  Regardless of his traumatic experiences and injuries, he puts 100 percent of his efforts into Purple Heart Homes’ mission, which is to provide housing for service-connected disabled veterans in all areas that is substantial in function, design and quality.

“Dale doesn’t simply display altruism—he is an embodiment of altruism. He is not a hero only because he fought and was wounded in a war. Dale Beatty is a hero because of the life he chooses to live after the war,” Melanie Balousek, communications specialist at Purple Heart Homes.

Editor's note: This article has been updated to reflect that Klinik Timoun Nou Yo has one of the largest malnutrition programs in Haiti.