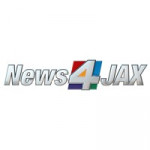 An Army veteran has been named to the position of interim chief operating officer of the Wounded Warrior Project (WWP) after a major shakeup at the nation's largest veterans charity in the wake of investigations into allegations of questionable spending and a culture of fear at the Jacksonville, Florida-based nonprofit.

Former CEO Steven Nardizzi and former Chief Operating Officer Al Giordano were ousted earlier this month by the WWP board of directors.

Become a Leadership Coach for Your Nonprofit Team

It’s Time for Hope to Die

How to Overcome the Resistance to Change
Comments
Subscribe
Find Resources