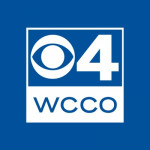 The Minnesota Vikings Foundation will replace the Vikings Children’s Fund, which has donated almost $12 million to youth-related causes since 1978. The Vikings announced the initiative Wednesday, welcoming fifth and sixth graders from Minneapolis and St. Paul to meet the team, eat lunch, participate in a health and wellness program, and pick up a backpack filled with school supplies.

Vikings ownership has pledged $1 million as a catalyst for the foundation. One of the first programs will be a food truck directed toward children without access to adequate nutrition, particularly in the summer. In addition to the physical well-being of children, the foundation will also target the achievement gap between Minnesota’s white and minority students.

How a Camp Experience Improved My Solicitation

Put a Kid on Your Board of Directors

#GivingTuesday Donations on the Rise

Your Nonprofit Can Help Youth With Disabilities