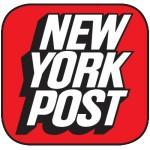 Best Buddies has been a great friend to Tom Brady’s own charitable goals.

Best Buddies International, which bills itself as a nonprofit that helps people with intellectual and developmental disabilities, has profited greatly from its relationship with the Patriots quarterback, who has lent his image and time to help the charity grow.

And according to a deep dive by the Boston Globe in a report that looks skeptically at Brady’s involvement, the charity has funneled $2.75 million to Brady’s own charity trust, his Change the World Foundation since 2011. Best Buddies also pledged an additional $500,000 in 2017 to Brady’s own trust, which the Globe said is focused almost entirely on causes close to Brady’s heart.

5 Rules for Adjusting Your Nonprofit Marketing

What to Know Before #GivingTuesdayNow