PETA Rakes in More Donations As It Denounces SeaWorld 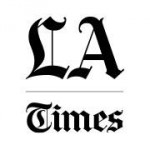 Preaching against SeaWorld apparently has paid off for People for the Ethical Treatment of Animals (PETA).

PETA recently told potential benefactors that it is under attack by "wealthy and organized opponents" to its causes, especially the fight to free captive orcas at SeaWorld parks.

"Please help PETA stand up to those trying to thwart our efforts to protect animals from suffering," the animal-rights group urged in a fundraising email.

Donors have been listening.

In its most recent financial report, the organization reported $43.5 million in contributions for the year that ended July 31, 2015, a 30 percent increase over donations made in the same period two years earlier.