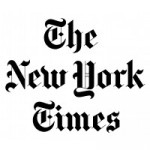 The Israeli government has denied a work visa for an investigator for Human Rights Watch, a prominent advocacy organization, accusing the group of engaging in “Palestinian propaganda.”

Human Rights Watch, which has worked in Israel for three decades, denied the accusation, calling the visa rejection “part of a pattern” of actions by the right-wing government in the country to hinder the work of rights groups.

“This Israeli government has been narrowing the space for democratic activity and is closing Israel off to those who dare to criticize its activities,” Sari Bashi, the group’s Israel and Palestine advocacy director, said.

Human Rights Watch, which shared a Nobel Peace Prize in 1997 for being part of an international anti-landmine campaign, works in 90 nations and has official offices in 24 of them. On Feb. 20, the group received a notice that its application for a work visa for its investigator, Omar Shakir, had been turned down because the group had a pro-Palestinian bias, according to a letter.