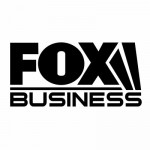 The American Red Cross Opens a New Window.and other organizations are asking for donations to support their response to the storm, which caused massive amounts of flooding and left thousands stranded in Houston and nearby cities. CoreLogic estimated last week that Harvey could create more than $40 billion in damage.

Here are some of the companies that announced donations as of Monday:

Aetna. The health insurer is donating $100,000 apiece to the American Red Cross and the Community Foundation of Greater Houston through its Aetna Foundation. Another $50,000 will go to Team Rubicon, a group consisting of military veterans.