Black Lives Matter Partners With Charity in Sign of Growth 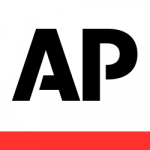 Black Lives Matter, which two years ago grew out of street protests and a social-media hashtag, has quietly established a legal partnership with a California charity in a sign of the movement's growth and expanding ambition, The Associated Press has learned.

The formal relationship between the national Black Lives Matter network and the San Francisco-based International Development Exchange (IDEX) represents another side of the loosely knit group that many Americans recognize for its sometimes-disruptive demonstrations against police shootings of unarmed black men.

Since November, the nonprofit has been acting as a mostly unseen financial arm of Black Lives Matter.

Political Fundraising Is Ripe for Peer to Peer

Cultivate Influencers Into Your Nonprofit Brand

What You Can Learn From the Founder of Malala Fund