Who is more likely to help out someone in need: a poor person or someone who is rich? We are inclined to think that the wealthier you are, the more you are able to reach out to others, so you will do so. If you already have enough (house, job, vacation time, etc.), the easier it will be to think about what others need. Research tells us that the opposite is true. As people become more affluent, their sense of compassion toward others declines.

Psychologists at the University of California, Berkeley conducted a series of studies that examined the way social class (measured in wealth, occupational prestige and education) influences how much empathy we have for others. In one study, researchers observed drivers at a busy four-way intersection. People driving luxury cars were more likely to cut off other cars instead of waiting their turn at the intersection. This happened regardless of whether the driver was a man or a woman. It didn’t matter what time of day it was or how much traffic was at the intersection.

Could it be that people who focus more on themselves wind up making more money? Maybe selfishness leads to wealth, rather than wealth begets selfishness. To test this idea, researchers ran another study in which they asked subjects to either think about how they compared to people better off or worse off than they were financially (psychologists call this priming). Afterwards, participants were shown a jar of candy, and were asked to help themselves to as much as they wanted to take home. It was explained that any leftover candy would be given to children who were in another lab. People who had spent just a few minutes thinking about how much better they off they were compared to others took more candy for themselves, leaving less for the children.

This tendency for affluent people to focus more on themselves extends to the way they see people who are suffering. One study found that wealthy people are less likely to report feeling compassion towards others on a regular basis. Less well-off people are more likely to agree with statements like, “I often notice people who need help,” or “it’s important to take care of people who are vulnerable.” This was true regardless of gender, race or spiritual beliefs.

Not surprisingly, other research has demonstrated that more affluent people are worse at recognizing the emotions of others. Further, the wealthy pay less attention to people they are interacting with by checking their cell phones or doodling. 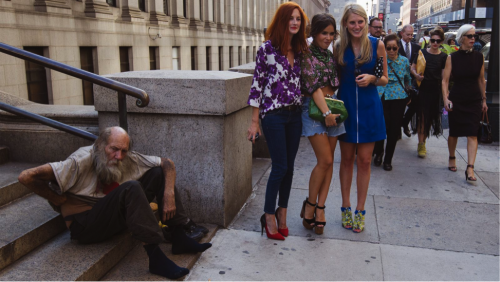 The answer may be that having more gives people a greater sense of independence from others. People who are well-off don’t often need to get by with a little help from their friends, to paraphrase the Beatles. As sad as it sounds, it seems that the less we have to rely on others, the less we care about their feelings.

And, to beat Turnkey’s old drum, behavior leads to belief. The Berkeley researchers also found that wealthier people are more likely to believe that selfishness is a virtue. They are more likely to agree with statements that say that being greedy is justified, even beneficial.

So it shouldn’t surprise us that the wealthiest 20 percent of Americans give significantly less to charity as a fraction of income (1.4 percent) than the poorest 20 percent do (3.5 percent), according to Bureau of Labor Statistics data.

How do we break out of this cycle of disinterest in others? It turns out to be pretty simple. Contact with members of different groups (think, poor people) results in greater feelings of empathy. Exposure to diversity is reflected in patterns of giving. Rich people who live in neighborhoods with many other wealthy people give a smaller share of their incomes to charity than rich people who live in more economically diverse communities.

So, tactically, what to do? Get people involved in the mission before asking for money. And what’s the best way to do that? Having a peer ask will exert more influence than anything the organization itself can do.

I will use myself as a case in point, although I am certainly not a member of the 1 percent. I did not have an affinity for serving homeless people until the last couple of years. How did I get it? A friend asked me to serve dinner one night with several other close friends to a group of women experiencing homelessness. I didn’t want to do it. I wasn’t comfortable with the idea. But I didn’t want to say no to her. And, how bad could it be? It was only one night.

From the moment I looked into the eyes of a woman who was homeless and realized that she was intellectually disabled, I was hooked. I have a special needs child who, but for a clear and recognizable disability (Down Syndrome) and a good support network (our family), could be homeless. My baby girl could be the woman staring across the counter at me, trying to understand which food I was offering her, trying to understand my too-fast questions. She needed help. It might as well have been my own 27-year-old baby girl standing there. All people experiencing homelessness aren’t intellectually disabled of course, but that was the one that got me. And she got me good.

Now, I spend every Christmas week and Easter week working with other volunteers to raise money, get clothing donations, cook meals, help with resumes—literally anything this group needs for the time that they live in our church, sleeping on our floor. We take these weeks because holidays are hard to fill by the organizing group. The Christmases and Easters doing this have been more fulfilling than any I have spent before. All because my friend asked, “Would you serve dinner with me one night?” Peer influence got over my hesitation and my affluence to give me affinity for this cause. 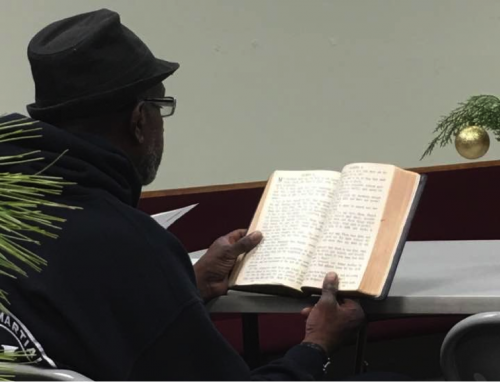 All our organizations have those wealthy few who, somehow, someway, gained an affinity for our mission and are in it to win it. Use their influence with their peer group to ask for engagement, instead of money. Have your wealthy influencers put their friends in proximity to the people your mission serves. There is no more powerful method to create this kind of contact, which can defeat the generosity-killing influence of personal wealth.

The Billionaire Philanthropist: The Privilege of Giving Back