The Case for New-Charity, Part 1

A sometimes too straight-talking column that challenges status-quo giving practices, inspires new and radical solutions, and will hopefully lead to a New York Times Bestseller; so I can start wearing argyle sweaters and smoking a pipe, because that's what NYT bestsellers do. 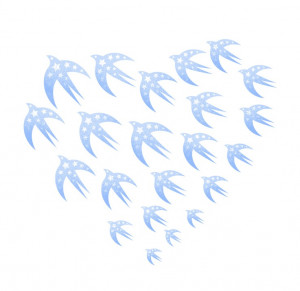 As a person in his early 30s, I’ve never felt politics’ impact — on day-to-day life, on the way we think and on the way we interact — so strongly before. If I had to guess, it might have something to do with how polarized our politics have become and how extreme the parties themselves have gotten.

So as the right goes alt and the left goes social, what does someone like me, eager to see systematic change for the better and refuses to be swayed to these extremities, do? Since building a time machine or freezing my body, and waking up in a different decade, where things aren't so out of whack, aren’t real options, I'm going to make the case for a “third party.”

It is my firm belief that "new-charity" is the answer to our governmental and philanthropic handicaps. What’s more, I am convinced that in its current form and given its proven potential, it is the end-all-and-be-all of our current and most pressing issues; issues that we would typically hold government and nonprofits fully, if not highly, accountable for. Whether it be climate change, education, immigration or hunger, new-charity can do it. My case for new-charity spans well beyond the “gentle impact” that is reserved for dinner speeches and eulogies. I'm talking about bold and innovative change. I’m talking about the SOLUTION.

Before I tell you what new-charity is, first we must understand why old-charity (which we’ll just call “charity” for now) and the government at large are failing us at solving the biggest issues of our time.

First, let's take a quick look at the overall landscape that is charity and government, and how they differ. Now, I am not a political expert by any means, so I will speak of what I have observed through layman terms and from a “macro” approach. Here goes nothing.

Generally speaking, in the U.S. at least, the more you lean to the right, the more pro-charity you are. This does not mean that you care more about helping people than the left, but simply that you feel the best means toward doing so is through specifically private philanthropy and charities.

The right’s ideology revolves around the theory of small government: the smaller the government, the less taxes are needed, particularly for the rich. How will charity be impacted? Well, so the story goes: If you tax people less and rely on the fruits of capitalism, people can make more money and give more of it to charity. In other words, the right believes that relying on private money instead of government involvement can have a greater impact on social causes. Philanthropists and nonprofits, specifically NGOs (non-governmental organizations), will be the ones to handle social programs. And because of a larger source of funds, they can continue to make incredible advances at a greater rate.

If you lean left, you, comparatively, aren’t so crazy about private charity. Liberals slant more toward thinking that it’s the government’s responsibility to take care of society’s social issues and challenges. That would be done through heavier taxation on the rich — spreading the wealth, so to speak. With more taxation, the government thus has more money and can spend on necessary programs to make a more “level playing field.” This would come at a cost, though, of giving less power to the private sector, private individuals and private foundations to make changes in their own way.

I find that both sides have merit. At the end of the day, regardless of politics, we all want to take care of our neighbor, and we all want to live in a better world. The difference in opinion is that the left thinks the government can achieve those goals best, while the right believes that it should be left to private people and their own wills. There’s some crossover between government and private charity — tax incentives and similar structures come to mind — but those are basically the two schools of thought.

One of the reasonings that support more government involvement is that, as the government, you’re able to have more of a “finger on the pulse” of what the people want. The government — particularly local government — directly interacts with the people it helps and because of it, has a better understanding of the collective interest. Therefore, they say, when the government goes out to collect taxes, they know best what to do with those funds than anybody else.

In their defense, take a look at what happened when Mark Zuckerberg gave $100 million to a Newark educational foundation to fix its failing school systems. A very strong case has been made in the wake of its disappointing results that had Zuckerberg given it to the city of Newark, they could have used it more successfully; the foundation didn’t know what to do with so much money and spent the lion’s share of it on hiring consultants to help it figure that question out.

See, in government, the people have a say. If people vote for one party over another, they’re indicating that they prefer more that party’s ideology and governing style. Put simply, it’s voting — or the people expressing their opinions in a clear fashion — that gives power to the politician that is best able to convey their message and justify how best to spend their tax money. As such, the people-chosen elected officials should be the gate-keepers of a community’s welfare, right?

Well, not exactly. There's a major flaw with this direction.

Simply put, it understates the level at which politics is so divisive. In the most realistic scenarios, a politician only represents the beliefs of slightly over half of their constituents, as this country is divided right down the middle. Inherently, this means that what some people think is good for the community does not align with what the elected official believes. Unfortunately, this split is only widened as one goes up the hierarchy of elected office, from the local all the way up to the federal; at its very worst, nearly a whole community can disagree with what their governor, senator or congressman wants to do.

Also, politicians are frequently “dirty,” by virtue of politics itself being a “dirty” business. By the time your tax money makes it to the end zone, it's been washed by lobbyists with agendas galore. In sum, it’s the money from half the people, diluted by the effects of all of the special interests in the area.

So does the right take home the thrift? Not even close.

The problem with the right is that their ideal is inherently designed that only a select few people ― the mega philanthropists and wealthy ― have the means to impact the important decisions that affect us all. Does a Hamptons-bred philanthropist truly understand how to actually solve complex social issues with their donations? Of course not. At its core, “mega philanthropists” support their pet projects and ideologies, aside from what many people truly need.

Lastly, both the government and charity also suffer from systemic slowness with how they approach problems. In the left corner, because of its bureaucracy and rampant red tape, government legislation often trails the problem by months, if not longer. And in the right corner, because philanthropists tend to only donate within their ideological “comfort zone,” they can be slow to part money with an unfamiliar cause. Or a current immediate need. Think about it: Professional fundraisers exist for the sole purpose of breaking down those mental and emotional barriers, so that they can carefully pull the closely-clutched money away from slow-deciding philanthropists.

So what do we do, even if we recognize that both the right and the left have major flaws in their systems and ideology?