Recently, we spent a day and a half with a couple of dozen chief marketing officers from nonprofits around the U.S. Unlike chief development officers, who stay awake at night thinking about generating revenue, CMOs are charged with the care and feeding of their nonprofit’s brand—the way that their mission is presented to the public.

Many of the conversations we had with these folks involved how they were “telling the story” of their mission. Storytelling has been a big thing in the business world for years. Storytelling is powerful, because it goes beyond merely being an entertaining way to convey information. Storytelling taps into the way that people make sense of the world.

It’s the job of our conscious mind to take in information and to make sense out of it by automatically producing a story. This is the way we take the barrage of input and put it together into patterns that make sense to us. And the easier it is for our minds to create a story, the more confidence we have in our invented story. (Trust me [Otis] on this… I have spent a lot of years studying social science. I know it sounds far-fetched, but it is true.) 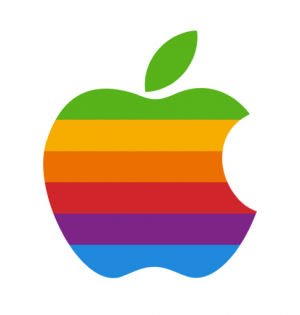 Yesterday, Apple announced its latest release, the iPhone X, the 10th anniversary of its iconic product. I am writing this on a Mac Air, by the way, with an Apple watch on my left wrist and my iPhone 6 Plus charging in front of me. The iPhone X will cost around $1,000. It is expected to be Apple’s best-selling iPhone ever.

How does Apple expect me to fork over a cool grand for this device? Because every time I open a box with a new Apple product, its elegant packaging conjures up a story of quality and craftsmanship. More importantly, when I am in an airport or a Starbucks working on my Mac Air, I am reinforcing my story about myself as a creative type—a writer. (I’m not some worker drone with a Dell Latitude!) I associate the product with the narrative about myself that I’ve constructed.

Apple has been pushing that narrative since it aired the famous ad during the 1984 Super Bowl. The ad only aired once. In it, a theater of drone-like workers watches a big-brother type speech being given on a giant screen. A lone woman comes running down the center aisle and throws a sledgehammer into the screen, smashing it. It ends with a voiceover that says, "On January 24th, Apple Computer will introduce Macintosh. And you'll see why 1984 won't be like '1984.’” The screen fades to black and the rainbow Apple logo appears. 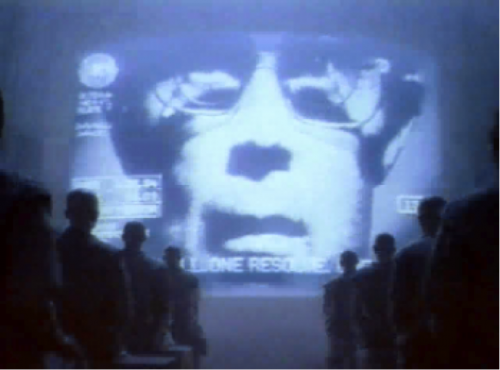 CMOs are in the belief business. Their job is to make their story compelling enough, so people will be motivated to change their behaviors and support the nonprofit’s mission. And it’s tough, because it’s noisy out there, with lots of competition for the average person’s mindshare.

Conventional wisdom tells us that motivating people to do certain things—donate money, volunteer—requires convincing them of the reasons they should do so. “With your help, we can cure/end/help X.”

But research overwhelmingly tells us that rational arguments are not very effective in changing behaviors. People’s motivations are determined by their reasons they should act a certain way—their beliefs and desires as represented in the story they make up about their actions.

The most important job of the CMO is to focus on the mission’s constituents more so than the mission itself.

The most powerful way to influence a person’s personal narrative—the way they think about himself or herself—is to get them to act. Action triggers people’s story-telling mind to change the way they see themselves. Once we take action, it becomes a part of who we are, and we support that narrative with future actions.

Apple nearly went belly up in 1997. It’s now one of the most valuable companies on earth. The reason is, Steve Jobs made it easy for people to believe. He drastically reduced the number of products, from dozens of computer models to four. Within the company, he’d ask employees for the 10 most important things they should be working on, then cut the list down to just three.

Apple products were insanely easy to use, with no need for manuals. The first iPod had no on/off switch. Ads for the iPad said, “You already know how to use it.” Apple’s belief in making everything easy fostered people’s belief in Apple.

When you ask people to act, make it easy for them. Set the bar as low as possible. You are helping them take their first step in building their story. When they take that first step and, indeed, every step, recognize their narrative. Reinforce it. Thank them. Celebrate them to their friends on Facebook, Twitter, anywhere. Tell their story, and help them to tell others.