A recent blog we wrote titled, “Why the Rich are Greedy (and What to Do About It),” garnered some interesting responses from readers. The blog cites research documenting that wealthy people give a smaller percentage of their discretionary income to charity when compared with less well-off individuals. It also mentions the body of psychological research that suggests that affluence tends to make people less sensitive to the needs of others and why.

In response, one reader said, “Having worked with major donors, I’ve seen unprecedented generosity of both time and money.” This is a fair point. Like any area of psychological study, research that characterizes a group (e.g. the wealthy) in a certain way (e.g. more greedy than those less well-off) deals with group averages. There are always going to be individual exceptions to the average.

Plus in absolute dollars, as a group the wealthy donate more money overall. It has been estimated that as much as 70 percent of all charitable donations in the U.S. are made by the wealthy. This is likely a result of wealth inequality. Specifically, the top 0.1 percent of people in the U.S. have more wealth than the bottom 90 percent.

Not only do the wealthy differ in the sheer volume of dollars donated, they also tend to give to different causes than those less well-off. Their gifts often go to the arts, universities and health care organizations. Poorer donors lean more to human service organizations whose focus is on serving the poor. In general, people tend to donate to groups to which they have some kind of a connection. As a result, it can be more difficult for anti-poverty and relief aid organizations to make inroads with wealthy donors.

Still, The Philanthropy Roundtable reports that while families with household annual earnings of less than $50,000 were less likely to donate any money to charity than those earning more, when they did donate, they gave a greater percentage of income than more affluent families. And a 2014 survey found that after the Great Recession (between 2006 and 2012), those earning $200,000 or more annually reduced their giving by 4.6 percent, while those with an income of less than $100,000 increased their donations by 4.5 percent.

So, let’s try to agree that many affluent people can afford to give away much more to charity than they do. Why don’t they? One reader of the previous blog speculated, “Most wealthy have worked hard and build their wealth by using it wisely. Of course, it will be difficult to get them to part with their money.” On first blush, that argument sounds reasonable. But wouldn’t that apply just as much to the middle class as the 1 percent? Don’t they work hard for their money, too?

Our point is not to trash the wealthy. Without their largesse, 70 percent of charitable giving in the U.S. would evaporate. But not to recognize that the rich, as a group, tend to give more to certain organizations, and that their motivations for giving may be different and will lead to leaving money on the table.

A recent series of studies conducted by psychologists at Harvard University and the University of Chicago is useful in crafting an approach likely to succeed with the wealthy. Researchers explain that when soliciting from the wealthy, nonprofits may be working against a behavioral bias. Affluence generates a feeling of autonomy and self-sufficiency—what psychologists call “agency” or “independence.” This can cause people to focus on personal goals rather than the needs of others.

Less well-off individuals tend to generate what psychologists refer to as “communion,” a feeling of connection to others. This can lead people to focus on the needs of others, rather than their own personal needs. Since nonprofits deal with prosocial causes, the fact that the wealthy in general may be biased to be less community-minded can create a barrier for organizations that emphasize the social benefits of contributing.

What’s the solution? Tailoring messaging to the wealthy in ways that coincide with their goals and motivations. When researchers modified the wording of various charitable appeals, they were able to elicit more donations from affluent individuals.

In one study, a set of messages read, “Let’s Save a Life Together. Here’s How.” Another read, “You = Life Saver. Like the Sound of That?” People with average and below-average levels of wealth were most like to donate in response to the first message. Individuals with above-average levels of wealth were more likely to donate in response to the second message. Wealth was the only difference between the two groups, there were no differences in age, ethnicity or gender. 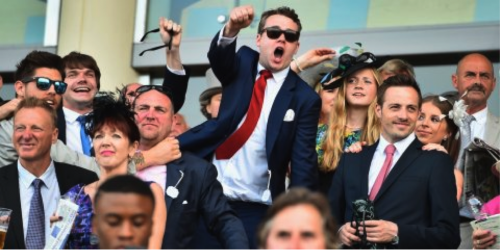 In the end, selfishness or generosity may not be determined by a person’s wealth. Rather, it may depend on whether the ask being made of you fits the way you see yourself.

The Billionaire Philanthropist: The Privilege of Giving Back